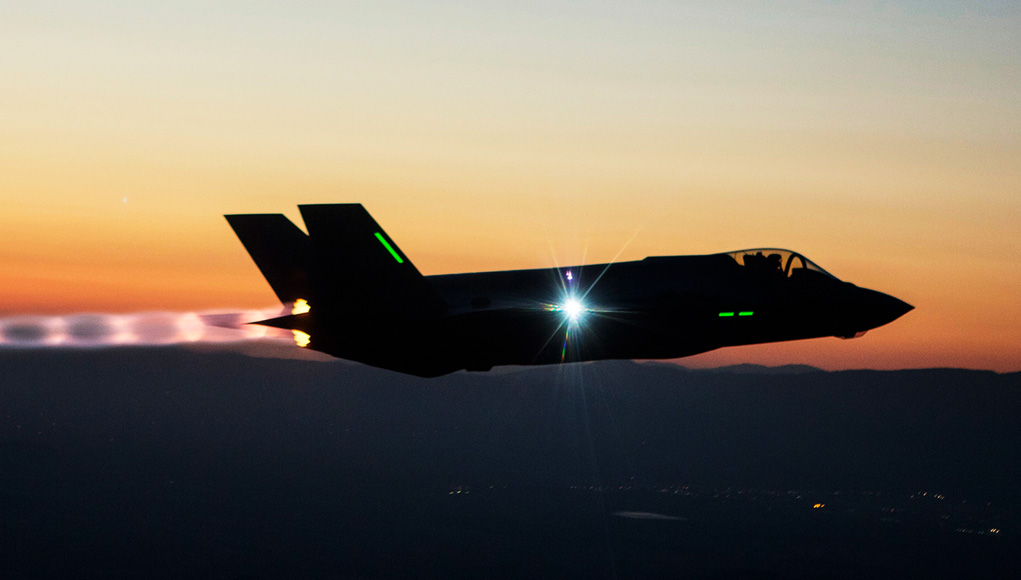 The arrival of F-35 Joint Strike Fighters will introduce new dimensions in aerial warfare, given the unique attributes of the new 5th Generation (5GEN) fighter. While low-observable techniques are always the most obvious and outspoken about the new fighter, the F-35 has much more to offer than stealth, Lockheed Martin experts say. The combination of unique sensors, sensor fusion, man-machine interface and the integration of the F-35 as part of a broader fleet of aircraft comprising a totality of air power, are the convincing arguments driving air forces worldwide to opt for the new fighter. While the F-35 is the most expensive fighter jet ever built, developers say that, just like the smartphone is no longer just a phone, the F-35 represents the model for future combat aircraft for the next 30-40 years.

The uniform low-observable envelope, cloaking the aircraft from certain radars, its suite of sensors and their fusion into the avionics system and displays enable the F-35 to remain mostly invisible and virtually ‘untouchable,’ yet highly potent, even in an airspace considered ‘denied access’ for conventional 4GEN fighters.

Facing such odds, air powers with 4GEN aircraft would opt to carry out attacks from standoff range, relying on guided weapons and satellite-based sensors or long-range airborne Intelligence, Surveillance and Reconnaissance (ISR) to provide targeting for those weapons. Such attacks would require longer flight time and intensive electronic warfare support, potentially providing early warning to the enemy. Relying on its inherent stealth and ability to operate in ‘electro-magnetic silence,’ the F-35 can effectively penetrate contested airspace, provide ‘close-in,’ real-time intelligence and deliver weapons with maximum surprise. Once the nerve centers and primary assets of the enemy air defense network are destroyed, 4G fighters can join the battle, delivering the full effect of the combined air power.

Equally effective are F-35s in gaining air superiority in contested airspace. Again, their stealth capability means they can roam the sky anywhere, without being detected or, if detected, without being targeted by fire-control radars (used by fighter aircraft or SAMs). Unlike conventional fighters which gain their effectiveness by fighting in formations, the F-35s can be dispersed over much larger areas, without losing the situational picture and operational coordination. This means they can optimally employ their weapons to cover large areas with a minimal number of planes, with both aircraft pilots and ground controllers sharing common situational pictures throughout their missions.

Although the number and variety of weapons that can be carried in their internal bays is limited, the ability to launch these weapons with full surprise, and the ability to target weapons carried by other aircraft, enables a formation of F-35s to achieve their missions in conditions hindering successful results by other means, Lockheed Martin experts said.

“Even the threats that can see the F-35 from a distance can’t do anything about it,” Al Norman, the Lightning II F-35 Program Chief Test Pilot said. Since these radars and weapons cannot target and lock missiles on the F-35, given the fact that these assets rely primarily on sensors operating in the X-Band, which is the focus of the F-35 RCS reduction. “Take for example a long-range threat such as the S-300 and its many variants – it can engage a 4th Generation fighter from hundreds of miles away, but the effective range against a JSF would be much, much shorter. In fact, an F-35 could get to a close range from an S-300 site and launch weapons against it, without relying on stand-off weapon engagement.“

The stealth is not the purpose of the F-35, but one of its means of breaking the enemy kill chain. “When you fly against an enemy air defense, ground-based or air-based, you always find yourself facing an X-Band radar,” says Michael P. Howe, Director of Business Development at Lockheed Martin. “Although potential adversaries – China and Russia, for example — have come up with counter-stealth radars, they continue to rely on X-Band radars for targeting and fire control.”

According to Howe, the current and planned technology phases (3I-3F) are at least 15 years ahead of the threat: “We definitely plan to evolve beyond that,” Howe added, hinting at the Block 4, scheduled for 2020 and expected to integrate several foreign weapon systems required by international partners, such as Israel, Japan and Korea.

One of the unique features of the F-35 is its Large Area Display and Helmet Display Systems – providing the pilot with an unprecedented level of situational awareness, through the presentation of a large and detailed tactical display, a display of specific sensors using a touch screen to show specific points of interest or potential targets, and unobstructed coverage over the entire sphere, derived by the helmet display showing real-time images from the Distributed Aperture System (DAS).

“The helmet is what makes the F-35 fly so intuitively,” Howe elaborates. “DAS provides the missile warning and full sphere visibility, with sensor images and flight data projected on the visor. You can point, designate a target and launch a weapon, just by looking at it.” Norman explained. This system enables the pilot to see and engage targets without banking or pointing the F-35 at them, thus maintaining optimal stealth and remaining hidden from enemy radars.”

The new helmet display system also has an integrated Night Vision System located above the visor. This new sensor enables the pilot to see laser markers in addition to the thermal images provided by DAS.

“The advanced, multi-spectral sensor suite gives the F-35 pilot unprecedented situational awareness – for hundreds of miles. Therefore, the F-35s are much more than a better replacement for the F-16s; they are capable of enhancing the entire combat force,” Norman added. “This capability is introducing pilots with new combat maneuvers and tactics, in ways they had never imagined of before.”

According to Norman, an F-35 pilot can control his aircraft up to a 50° angle of attack, while an F-16 can do so only up to 26°. “This is a great advantage. Pilots begin to think and fly differently when they can do almost anything and see anything, anytime.” Said Norman.

The F-35 has the MADL, a special datalink developed for the F-35, that transfers data covertly and at very high speed. Therefore, the F-35 is always part of a larger team of aircraft and can always assist and fight together with the others, even when they don’t fly in close formation. When flying in mixed forces, F-35s can communicate with other aircraft and assets using Link 16 or other specific datalinks provided by the air force.