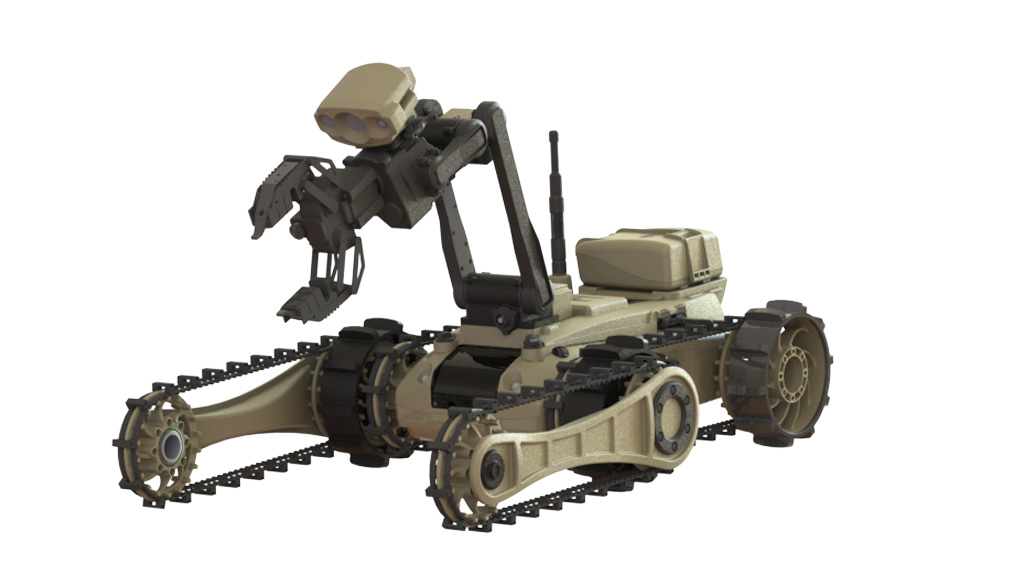 Poland has selected the MTGR to equip its ground forces with a reconnaissance robot as part of ‘Project Tarantula.’ The man-portable Mini-UGV was developed and produced by RoboTeam, an Israeli specialist in ground robotics.

Originally, Poland planned to field 50 robotic scouts by 2018, but the need for such systems has increased due to the growing tension in neighboring Ukraine, leading the Poles to accelerate the program. The Reago Group, Roboteam’s Warsaw-based partner, will deliver the 50 robots by the end of next year, acting as the prime contractor for the Polish contract. The new robots will support the Polish Army reconnaissance platoons both from the modernized BRDM armored recce vehicles, and on dismounted operations.

Configured for reconnaissance, MTGR is equipped with an integral, omni-directional viewing system, which provides constant, 360° video coverage with a x10 zoom, day/night camera and microphones. On Explosive Ordnance Disposal (EOD) and public safety missions, the camera system is replaced by a manipulator arm with four degrees of freedom, operated via a highly-intuitive interface.

MTGR has scored several marketing successes since its introduction in 2012. It is now operational and combat proven with US Special Forces EOD units and Israel’s Defense Forces. Special forces units in the UK have also ordered the MTGR.