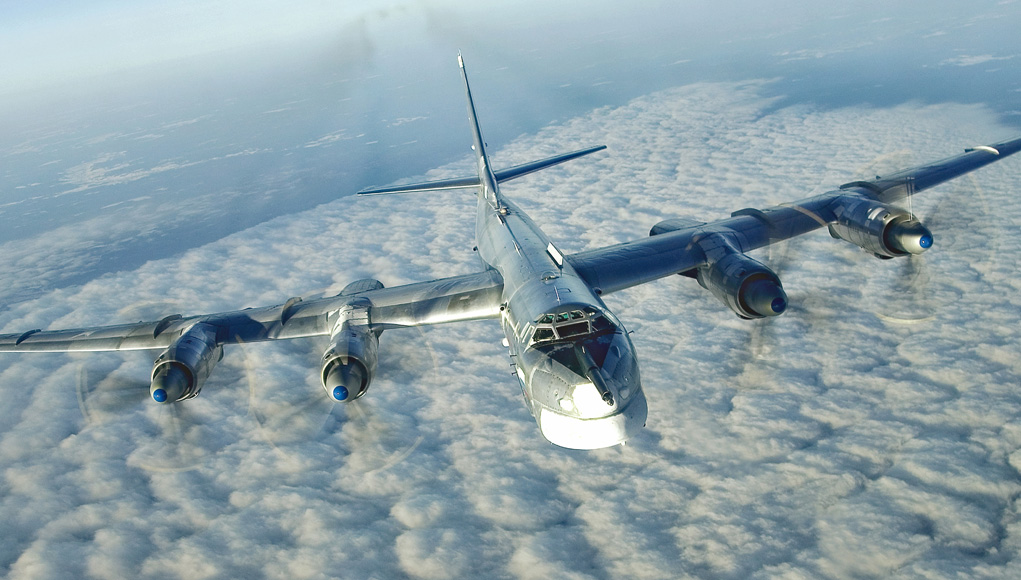 A Russian Tu-95 (NATO Reporting name ‘Bear’) crashed today in the Russian Far East region of Khabarovsk, while flying on a training mission. The aircraft was unarmed and all seven crew members abandoned the aircraft before it went down, the Russian Defense Ministry said.

“According to preliminary data, after the aircraft commander reported an emergency situation [aboard the plane] the flight commander ordered the crew to leave the aircraft on parachutes,” the ministry said. Russian media sources attributed the malfunction to the aircraft fuel pumps. The ministry said in the statement the crash had probably been caused by a malfunction, although other causes were not ruled out. The Bear crashed about 80 kilometers from Khabarovsk, on the pacific coast, on 9:50 a.m. local time. “Pilots aboard another plane flying in that area reported seeing open parachutes of the Tu-95 crew,” the statement continued.

The Tupolev Tu-95 (NATO reporting name Bear) is a four-engine turboprop-powered strategic bomber and missile platform in service with the Russian Air Force since 1957.

The Russian Air Force has a string of six mishaps involving its warplanes since June Spuntik reporte. Another Tu-95 crashed July 6, on takeoff from the Ukrainka airfield in the Amur region of the Russian Far East.