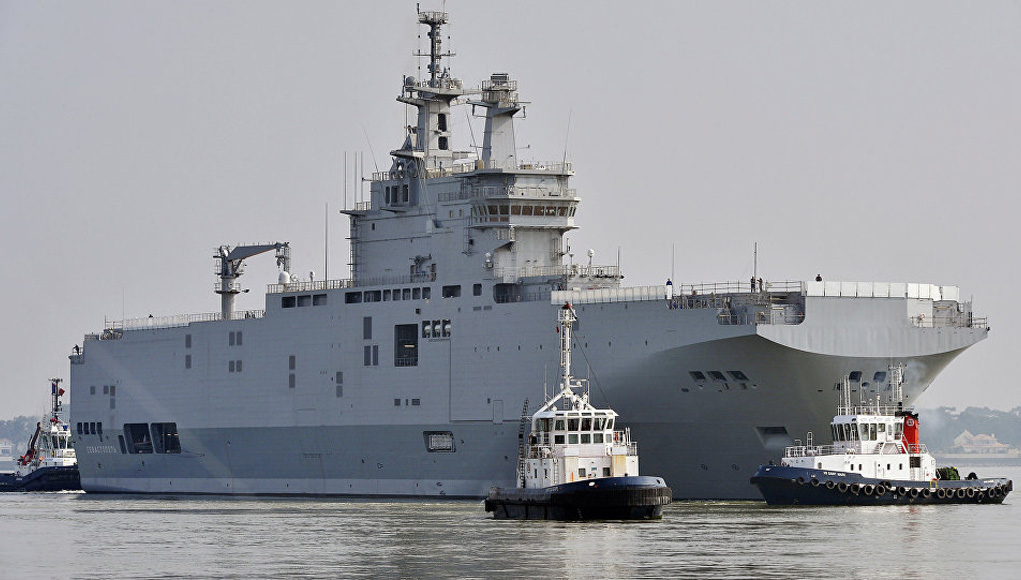 Egypt, France and Russia have reached an agreement to sell Egypt the two Mistral Helicopter Carriers originally built in France for the Russian Navy. Saudi Arabia is likely to finance the acquisition, as it supported the other arms deals Egypt has struck with France.

Each Mistral vessel is capable of carrying 16 helicopters, up to 1000 troops and 50 armored vehicles.

The Egyptian Air Force is already operating 46 Boeing AH-64 Apache attack helicopters and the Russian made Alligators will provide the Naval air arm a potent strike capability that could be used against insurgents in Northern and Southern Sinai and along the Egypt-Libyan border in Egypt’s Western Desert. It is assumed that one of the Mistrals will serve in the Red Sea, and the other will be positioned in the Mediterranean. According to a source in France’s Ministry of Defense, the ships could be delivered to Egypt in March 2016, after the Egyptian navy crews go through training – the Russian Sputnik site reported.

Russia and France have reached a settlement over the termination of the contract in August 2015. France will refund 950 million euros already paid by Russia, as part of the 1.2 million Euro deal.