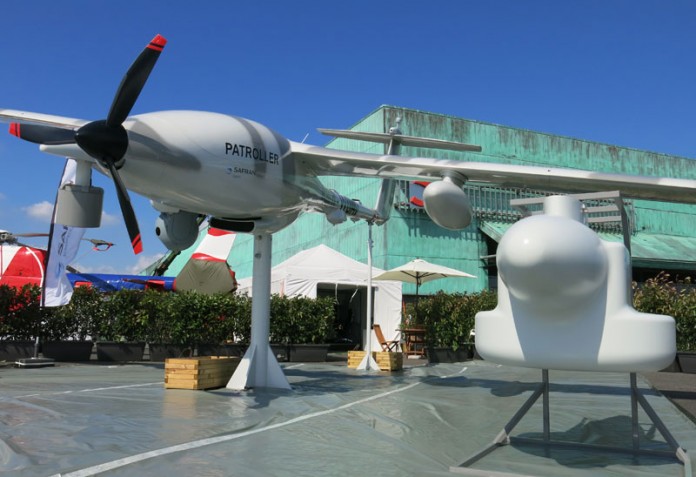 Following the sale of Rafale fighter jets, FREMM frigate and possibly, the Mistral helicopter carrier originally built for the Russian Navy, France is offering Egypt its latest UAV – the Patroller. The drone’s developer, French defense company Sagem (of the Safran group) has signed a partnership agreement with AOI-Aircraft Factory of Egypt, as part of an exclusive commercial and industrial collaboration agreement concerning the Patroller surveillance drone system, to address the requirements of the Egyptian Ministry of Defense.

According to the terms of this agreement announced today, AOI-Aircraft Factory will handle final assembly of Patroller drones in its Egyptian plants. The agreement also covers system support and commissioning. AOI-Aircraft Factory will also develop and establish training center in Egypt, to train operations and maintenance teams assigned to units equipped with Sagem’s drone systems.

Developed in France by Sagem, the Patroller is a versatile long-endurance tactical drone system. It features an open, modular design to handle a broad spectrum of military and security missions, while carrying a multi-sensor payload of up to 250 kg, fuselage or pod mounted. The Patroller offers endurance of more than 20 hours, and an operating ceiling of 20,000 feet. Sagem has already conducted a flight demonstration on Patroller showing the simultaneous operation of different sensors: optronic (electro-optical) pod, radar, electronic warfare (EW) system, distress beacon detector and automatic identification system (AIS) receiver.