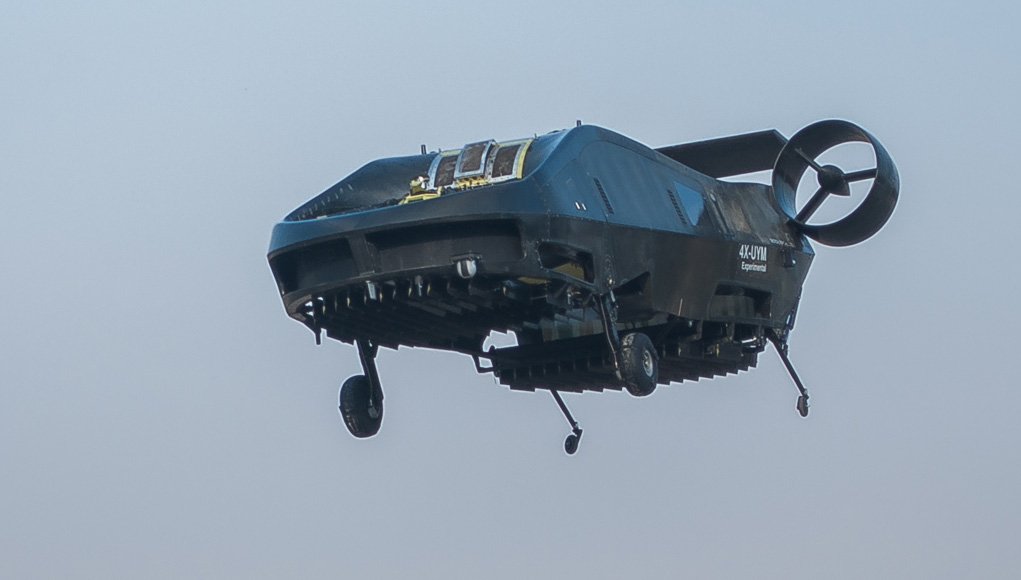 The Airmule and its export variant ‘Cormorant’ are developed by Tactical Robotics, a subsidiary of the ‘Fancraft’ technology pioneer Urban Aeronautics.

According to Rafi Yoeli, Urban Aeronautics’ CEO, the test schedule includes plans for a demonstration of AirMule’s autonomous cargo delivery capability to designated points beyond line of sight, flight along a path running through a forested area near Megiddo. “All in all, we expect that in 2016 we will finally be able to demonstrate some of AirMule’s unique capabilities.”

“With close to 200 flights on the AirMule prototype we are confident that this capability can be fielded in just a few years” Yoeli added. When fielded, AirMule could provide breakthrough capabilities to any military force or civil agency that needs to robotically deliver systems, supplies and other provisions in and out of otherwise inaccessible environments.

According to Yoeli, the AirMule’s export variant Cormorant has achieved ‘category 2’ certification under the international Missile Technology Control Regime (MCTR), “This is an important element in the eventual marketing of the aircraft.”

The AirMule and ‘Cormorant’ are both compact, unmanned, single-engine, VTOL aircraft. In the current version the one-ton aircraft is powered by a single 730 shp Turbomeca Arriel 1D1 turboshaft. Production aircraft will use the more powerful ARRIEL 2 variant, capable of providing 985 shp at takeoff.

When operated as tactical support missions a single AirMule is capable of ferrying 500 Kilograms of useful cargo per each 50 Kilometer radius sortie, thereby delivering approximately 6,000 Kilograms over 24 hours. Therefore, a 10-12 AirMule ‘Mobile Supply Unit’ can deliver supplies, day after day, to sustain 3,000 combatants, while at the same time ferrying back their wounded and casualties. Internal lift rotors enable the aircraft to fly inside obstructed terrain where helicopters are unable to operate. It will also be a maritime force multiplier on vessels that are too small for a standard unmanned helicopter.

To comply with MTCR limitations the ‘Cormorant’ variant will carry a 440 Kg useful load to a distance of 300 Kilometers. However, on closer ranges higher useful loads are possible. The maximum speed of Cormorant and AirMule will be 100 Knots and it will be able to operate at altitudes of up to 18,000 feet.

“Looking back at a decade of internal rotor VTOL aircraft development at Urban Aeronautics Ltd”, said Yoeli, “it gives me great satisfaction to see that we are able to transform a dream into a safe and reliable aircraft that is designed to meet manned helicopters safety criteria and absolutely stands up to existing airworthiness standards.”

Urban Aeronautics is also promoting compact, car-sized, manned VTOL aircraft variants for civilian use under its second subsidiary – Metro Skyways. “Metro Skyways is at an early stage of exploring business opportunities that will develop Urban’s ‘Fancraft’ technologies into a family of safe, FAA certifiable personal and commercial, manned VTOL aircraft for the civil market”.