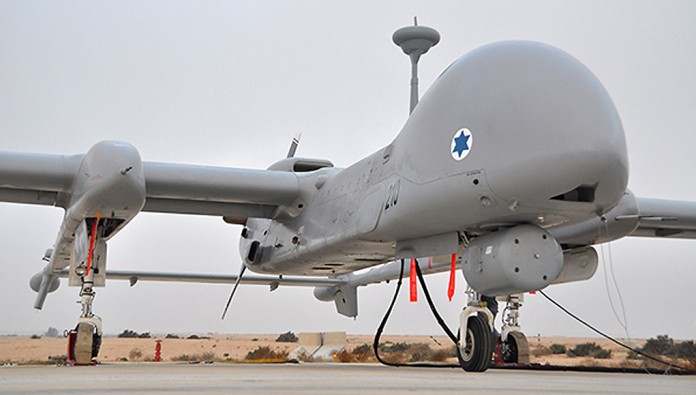 The German armed forces have shelved a plan to buy a new Medium Altitude Long Endurance (MALE) Unmanned Aerial System (UAS) in favor of leasing such vehicles and operating them from Israel beginning in 2018. German Defence Minister Ursula von der Leyen said Tuesday. The lease of three to five Heron TPs will cost about €600 million (US $650 million). The lease contract with IAI will provide an interim solution until 2025, when a new European combat UAV is expected to enter service. The future combat MALE is being pursued by a joint effort of Germany, France, Italy and Spain. In recent years Germany considered the acquisition of IAI Heron TP or General Atomics MQ-9 Reaper, to establish its own drone force, similar to the UK, Italy, Netherlands, France and Spain.

The Heron TP is manufactured by Israel Aerospace Industries (IAI), it will be used to support German forces operating with international contingencies overseas, in a similar manner the Heron I has already operates in Afghanistan. The drones will be assigned to the Luftwaffe Taktische Luftwaffengeschwader (Tactical Air Force Squadron) 51 in Jagel based in northern Germany. This unit is currently providing Tornado Recce aircraft to support coalition air operations against Daesh in Syria and could be required to support another contingency in Mali. The leased drones will initially be stationed in Israel for training and, potentially, in support of operational deployment. Operational control and simulator based training will be maintained in Jagel, Germany.

Both Heron I and Heron TP can carry external stores; with a full payload capacity of one ton, Heron TP can carry out heavier payloads, enabling users to conduct intelligence, surveillance and reconnaissance from longer range. The Germans also pursue options for arming the drone. Officially Israel is not commenting on its drone’s arms carrying capabilities, but foreign sources have claimed almost all Israeli UAVs possess these capabilities. Previous platforms were restricted to light weapons, due to the platform’s limited capacity for external payloads, however, the current MALE drones are less limited in this respect. The Germans are considering the integration of MBDA Brimstone missiles, against other armaments that could already be available with the platform. The Bundestag, the German parliament, will decide on a case-by-case basis when UAVs can be armed.

As of November, the Heron 1 UAVs had logged more than 70,000 operational flight hours in Afghanistan, 25,000 hours were logged by the German Herons. IAI have teamed with Airbus defense and Space to operate and support the Heron 1 for the German forces, and is likely to expand this arrangement to include the Heron TP as well.