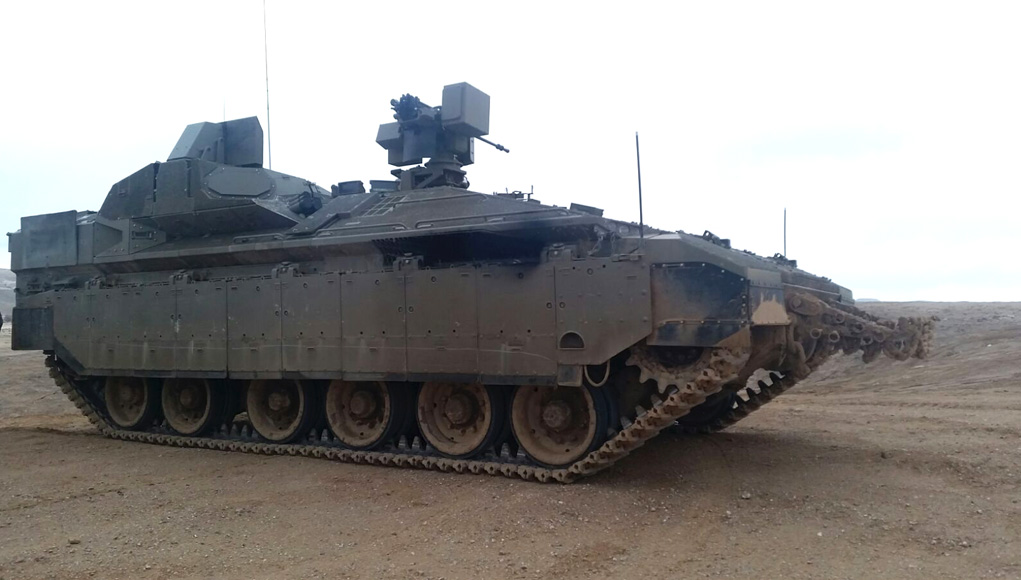 Based on positive lessons learned in recent combat RAFAEL is enhancing the Trophy Active Protection System (APS). “The system is designed to meet and adapt to face unexpected threats” IDF Maj. R, APS Program Manager told professional audience at the International Armored Vehicles conference in London last week. “We are currently improving the system and plan to field more enhancements in the future. We’ll proceed with 2nd and 3rd Generation systems as we intend to equip all active and reserve forces with APS”.

According to IDF sources, the system, currently integrated on Israel’s Merkava Mk 4 main battle tanks and Namer heavy Armored Personnel Carriers (APC) is evolving and will be deployed on Merkava Mk3 and other combat vehicles in the future. The IDF future combat vehicles – the 8×8 wheeled APC Eitan and tracked Future Combat Vehicle (FCV) Carmel will both include the next generation APS. Part of the ‘Next Generation’ features of these future APS s will be the ability to ‘cover’ other elements, including unprotected vehicles, using ‘cooperative engagement’, utilizing advanced sensors and countermeasures. The first example of the Carmel FCV will be a technology demonstrator and is expected to have many advanced features, including the next generation co-operative active defense system (ADS).

The need for an APS was realized with the introduction of threats that overmatched conventional ballistic armor, for example, to defeat an AT-15 Kornet anti-tank guided missile that can penetrate 1,200mm of homogenous steel armor (HMA), an armored vehicle have to add armor weighing close 100 tons, just to stay alive. While the frontal armor of main battle tanks could be sufficient to stop most ATGWs, the Kornet can be fired from any direction, at a range up to 5,500 meters, with hit probability of 80 percent – practically invisible to the tank crew and hardly reachable by the tank gun. Equally threatening is the Tandem-head of the RPG-29, fired from close range.

APS is tipping the scale back to the tank’s side. With sensors detecting threats over 360 degrees, and countermeasures designed to defeat high-explosive anti-tank (HEAT) warheads (such as those carried by the RPG and ATGM) APS enables the tank and its crew to defeat such attacks and precisely engage the firing squad operating the ATGM even before the missile reaches its target. 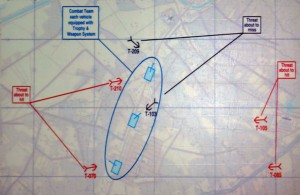 The development of the Trophy APS continued for almost two decades, but was accelerated following the 2006 Second Lebanon War, where the IDF faced the new generation anti-tank threats for the first time. RAFAEL completed the system’s development and integration in 2009, leading to initial operational capability approval of the first battalion of 401th Armor Brigade in 2010. The first combat engagement of the system was in 2011 and in 2014 the entire 401th brigade was equipped with APS protected tanks. The 7th Armored Brigade received the Trophy in 2015. Next to deploy the APS is the Namer Heavy APC, operated by the Golani Infantry Brigade. “It was the first time that a large formation operated with APS in a small area” Said Major R. APS-PM.

During recent combat engagements the system proved highly reliable, repeatedly facing a large number of threats, including multiple shots that targeted single tanks. Tank crews that went into battle with the systems felt more protected, and could maneuver with confidence in any terrain, trusting their APS sensors to provide full situational awareness of threats at all time and countermeasures protecting their tanks when they were fired upon. Trophy also demonstrated effective operation in platoon, company and battalion level, where multiple tanks equipped with the system were operated together. In certain engagements APSs on several tanks detected incoming threats, but only the tank that was most vulnerable activated the countermeasures. Overall, the APS directly improved fighting continuity, reduced combat damage, improved crew situational awareness, confidence and resilience.

Operational trials of the Namer equipped with the Trophy APS began recently at the Infantry School in the Negev Desert in Southern Israel.

Head of the Ministry of Defense Tank Production Office, Brigadier General Baruch Matzliah: “Over the past few weeks we have completed the integration and adaptation of the Trophy system for installation on NAMERS. At the end of a series of tests that have been taking place, we will begin serial installation of the system on additional vehicles. As such, we will implement Ministry of Defense policy of equipping every NAMER that leaves the production line with the only operational active defense system in the world. NAMER with Trophy will provide the highest level of protection to Israeli troops and will grant them security and a significant edge on the field of battle.”

Considered the most protected armored personnel carrier in service today, Namer has proved its combat abilities during Operation Protective Edge in Gaza, 2014. Following the successful performance of the Trophy APS during the recent combat engagements, protecting the Merkava tanks, Israel’s Ministry of Defense announced that all new NAMER APCs will be equipped with the Trophy system – just like the latest Merkava Mk4 tanks.

The baseline design of the Namer is fitted with modular protection suite that can accommodate an APS. Therefore – given adequate budget is provided – all IDF Namer based combat vehicles could be equipped with this lifesaving equipment. 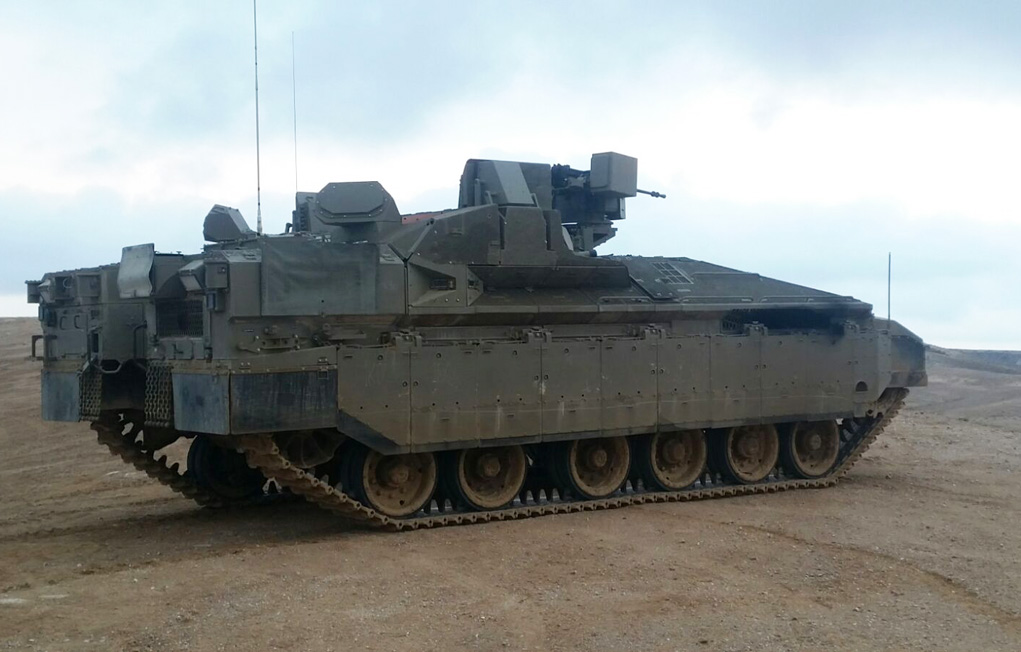