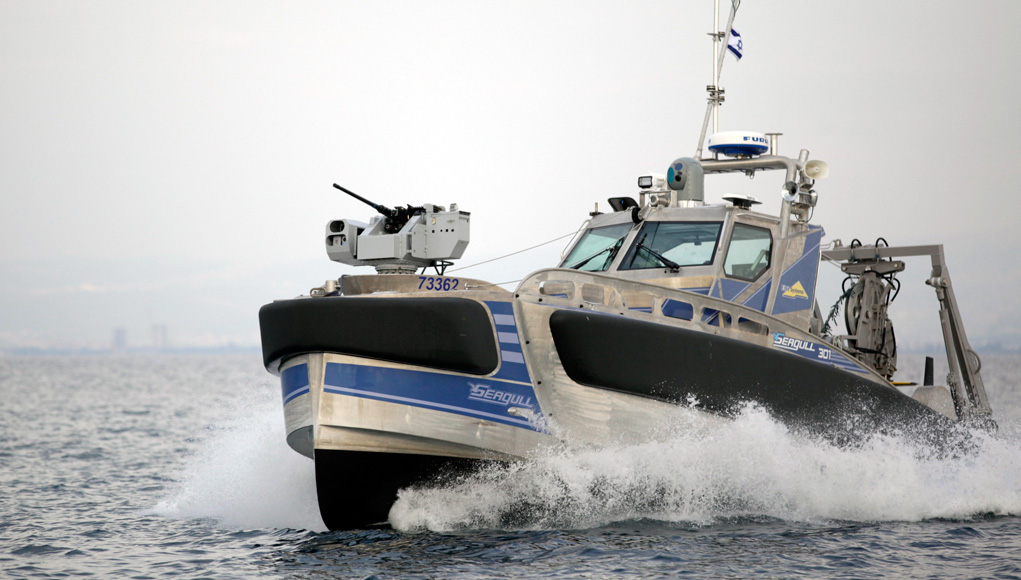 The USV utilizes a specially designed 12-meter platform made of aluminum or composites. The boat can be disassembled and carried in three containers on board larger vessels, and assembled at sea for specific missions. Anti-submarine warfare (ASW) and Mine-Countermeasures (MCM) operations are two of the missions envisioned for the new unmanned boat. Seagull vessels are designed to operate in pairs, controlled via a single Mission Control System (MCS), mounted on a mothership or on shore. The same MCS can also control unmanned aerial systems that can also participate in the mission, with the robots operating both on the surface and underwater.

In a two-vessel configuration, one Seagull could scan for mines, using its sonars, while the second could identify and defeat the detected mines using the ROV and remotely-controlled mine-neutralization weapons. Each boat also carries a communications and datalink system, a radar transceiver, a stabilized EO/IR sensor pod, and a remotely-controlled weapon station mounting a 12.7 mm machine gun, other, diverse neutralization weapons, and an optional launch tube for an anti-submarine torpedo.

“Seagull changes the dynamics of anti-submarine operations by creating a threat to submarines using a cost-effective and available asset, replacing and augmenting manned assets with minimal threat from submarines,” Ben-Dov added. “It empowers a surface vessel or naval base commander with off-board, available and rapidly-deployable Anti-Submarine Warfare (ASW) capabilities to protect critical sea areas and high-value assets from both submarine and sea-mine threats.”

Seagull is powered by two diesel engines driving two propellers; it can remain at sea for over four days, surviving sea state up to 7 with autonomous operation. The highly-autonomous and safe-sailing suite includes a patented Autonomous Navigation System (ANS), with obstacle avoidance, which conforms with international regulations for preventing collisions at sea. The boat can zero-turn using two lateral thrusters that also function in precision station keeping necessary for the ROV operation. Operator control is performed either via satellite communications (SATCOM) or by conventional, line-of-sight apparatus.