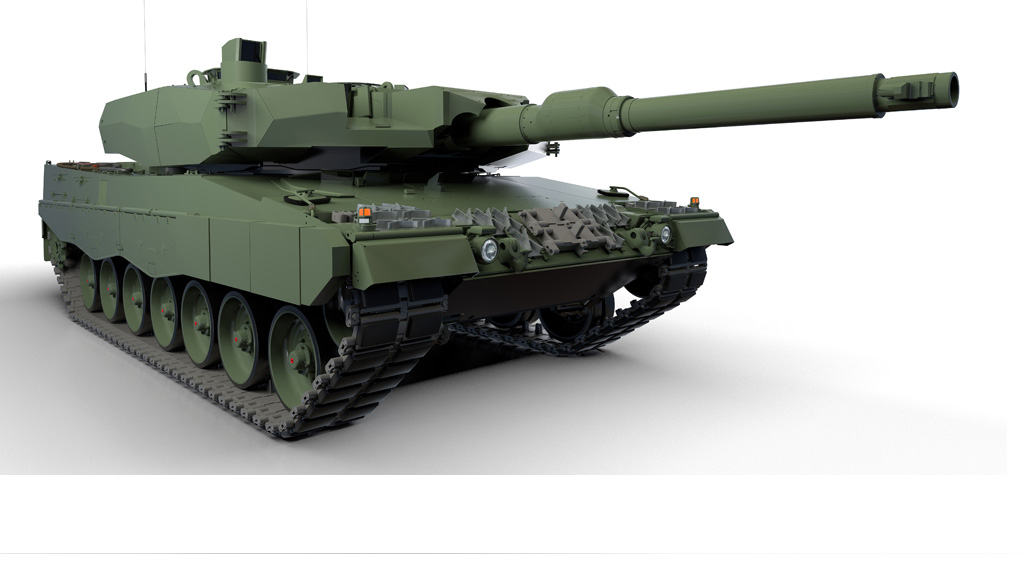 The German Rheinmetall company outlined today its role in the overhaul and upgrade of 128 Leopard 2 main Battle Tanks for the Polish military. The project represents roughly €220 million in sales volume for Rheinmetall. The consortium includes the German company that teamed with local prime contractor PGZ and system integrator ZM Bumar-Łabędy S.A., both were awarded the Leopard 2A4 modernization contracts on 28 December 2015, offering an upgrade program developed in partnership with Rheinmetall.

The 128 Leopard 2 A4 MBTs were purchased in 2002 by the Polish Army from surplus Bundeswehr stocks. They will be upgraded to Leopard 2 PL standard, which corresponds to the German Leopard 2 A5 and A6. Rheinmetall has been awarded similar modernization contracts for Leopard 2 tanks from Canada and Indonesia. with over 3,600 Leopard II tanks built, serving the armed forces of 17 countries,

The consortium will deliver a prototype for Polish Armed Forces evaluation by the end of 2017. Once approved for series production, Rheinmetall will revamp a further five tanks starting in 2018. The next 12 tanks will undergo modernization at Bumar-Łabędy, under Rheinmetall supervision. Follow-on upgrades will be done by the Polish contractors, retrofitting and shipping the remaining 110 tanks. The entire work is expected to conclude by the year 2020. An option for the upgrade of 14 additional tanks is also included, to be signed upon the conclusion of the program in 2021.

This is an excerpt of 215 of the original 467 words article reserved to subscribers.