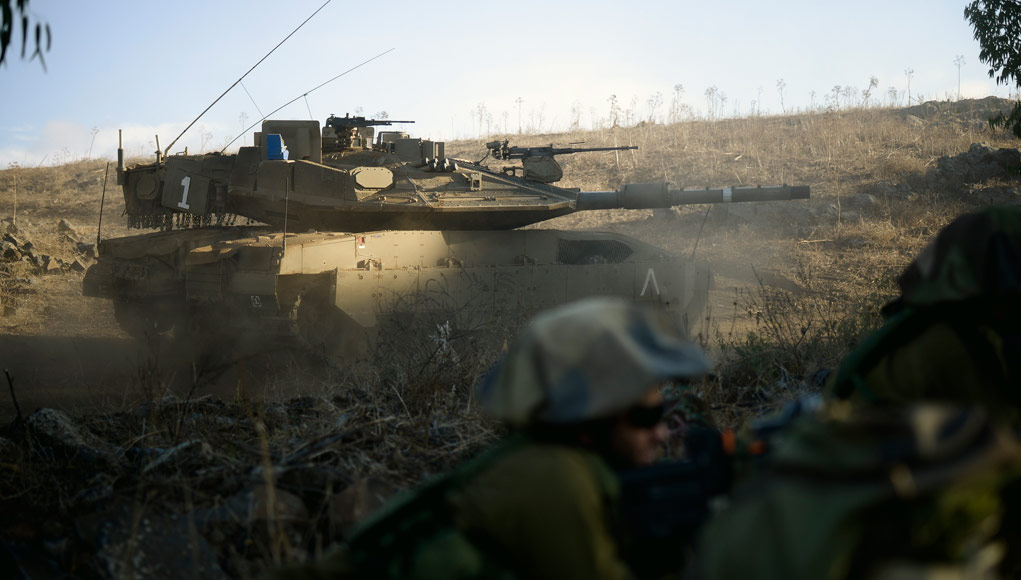 Gen. Walsh said the marine Corps should approach vehicle protection as it does with aircraft protection. “As we started to get threats on our aircraft, fixed wing and helicopters, from infrared missiles, we quickly put on capabilities to defeat those type of missiles. Now we see the threat on the ground changing, becoming much more sophisticated. What we’ve continued to do is to put on more armor. We’ve got to start thinking of higher technology capability with vehicle protective systems (APS), which can defeat anti-tank guided missiles, RPGs, and top down threats we face, along with soft kill – this is what our aircraft has. We need the same technology for our vehicles.”

“It can take us a long time to develop APS,” Walsh continued, saying that the Marines are following rapid prototyping approaches to gain better understanding of those capabilities. “We are going to buy or lease some trophy systems, put them on M1A1 tanks, take that, use that, see how it works.” Walsh said the Army do the same on Stryker and M1A2. “We’ve seen aircraft and helicopters get shot down in Afghanistan and Iraq, we’ll have the same problem on the ground if we don’t get up in front of that technology on the ground side also.” Walsh warned.

This is an excerpt of the 800 word article. Subscribe to read the full version and get the extra photos.

Trophy is the only APS that has been proven in combat. Israeli Merkava tanks were outfitted with the system during the 2014 Gaza conflict where they successfully destroyed incoming missile threats in highly
congested urban combat, Mike O’Leary, director of advanced concepts at DRS, told Defense Daily in a recent interview.

The system incorporates both soft- and hard-kill missile countermeasures. Soft-kill systems either disguise a vehicle from an incoming threat or spoof or damage its homing ability by electronic means. Hard-kill systems provide a secondary level of protection that physically destroy incoming projectiles before they reach the vehicle and ideally before detonation.

Trophy also automatically identifies the direction from which a missile was fired and directs offensive systems toward the threat, O’Leary said. All of those capabilities were demonstrated in actual combat in Gaza.