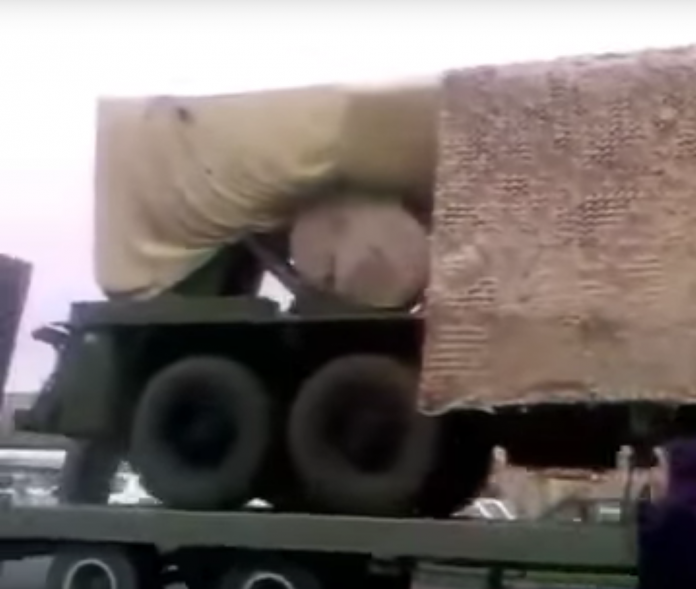 The camouflaged vehicles seen on these civilian transporters were spotted this week in Iran’s caspian Sea port of Bandar-e Anzali. These vehicles are likely the first S-300 missile systems delivered from Russia. Russian sources previously indicated that the delivery is imminent. Official Russian and Iranian sources later confirmed the delivery.

Iran ordered the Russian missiles in 2007 but the deal was cancelled in 2010 as UN sanctions restricted arms sales to Iran. Following the P5+1 nuclear agreement with Tehran in 2015 Moscow resumed the contract and, few months later, approved the sale of the air defense missiles.

According to Tass news agency, the S-300V4 variant, delivered to the Russian armed forces in 2014, can shoot down any medium-range missile in the world today, flies at five times the speed of sound and has a range of 400km (249 miles).