A micro-drone developed by students at MIT with support from the pentagon Strategic Capabilities Office (SCO) has been operationally evaluated by the US Air Force in simulated combat wargames held in Alaska in 2015. According to Dan Lamothe of the Washington Post, Over 100 micro drones were used during the Northern Edge exercise.

The drone known as ‘Perdix’ has a low drag fiberglass fuselage, attached to spring loaded carbon fiber wings designed with custom airfoils. The rear wings have winglets and elevons for flight control. The drone uses a miniature electrical engine driving a custom pusher propeller to keep the drone airborne for the duration of the mission. The drone draws power for propulsion and on-board systems and sensors from a pack of lithium polymer batteries located in up front

Developed by students in MIT since 2011, Perdix was tested in 2014 by the SCO. During these tests the drone was packed into a chaff tube and released from the F-16s chaff and flare dispenser on a high-speed pass from an F-16 at an altitude of 2,000 ft. over Alaska. Upon release the drone is slowed by a parachute and pulled from the chaff canister. Following a short descent its wings are folded and the drone initiates a loitering pattern, simulating an ISR mission.

It also activates a communications link to coordinate its flight with other Perdix drones in the area, and link back to its operators. During the test that was part Exercise Northern Edge 2015 the Air Force simultaneously deployed dozens of Perdix drones from fighter jets, to test their operability as a ‘swarm’.

The Perdix air launched micro drone uses miniature 3D printed micro-drones that are designed for high-speed ejection over the target area. Folded into a tube, Perdix fits into a standard flare canister carried by F-16, F-15 or F/A-18 fighter jets. 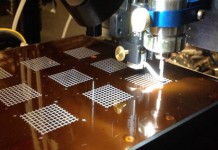 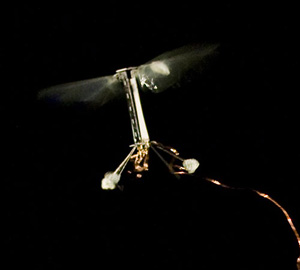