The US Naval Research Laboratory (NRL) is developing the Close-in Covert Autonomous Disposable Aircraft (CICADA) since 2006. Currently CICADA is a concept for a low-cost, GPS-guided, micro disposable air vehicle that can be deployed in large numbers to “seed” an area with miniature electronic payloads. These payloads could be interconnected to form an ad-hoc, self-configuring network. Communication nodes, sensors, or effectors can then be placed in a programmable geometric pattern in hostile territory without directly over-flying those regions or exposing human agents on the ground. Essentially a flying circuit board, CICADA has an extremely high packing factor and a very low per-unit cost. Eighteen vehicles can be contained in a six-inch cube.

CICADA gliders are designed as low-cost, GPS-guided disposable micro-air-vehicles that can be deployed in large numbers over an area of interest. Having no source of propulsion onboard, the small craft is released from another airborne platform at altitude. CICADA then glides to its destination. Its lack of a motor and small size makes it nearly undetectable in flight. The platform is inherently stable in glide and is designed for launch from manned or unmanned aircraft, balloons, or precision guided munitions. After deployment, CICADA glides to a waypoint, enters an orbit, and then descends within that orbit until it reaches the ground, typically landing with an average error of fifteen feet from the commanded orbit. Typical applications are meteorological, chemical, or biological measurements and signals intelligence (SIGINT) monitoring. Once on the ground, communication nodes with the monitoring platform are established. 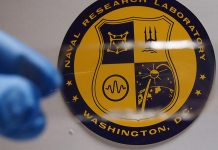 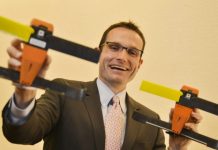