According to Yang Yujun, spokesman of the People’s Republic of China’s Defence Ministry, the development of missile defense capabilities is an essential part of the country’s national security strategy. “It will improve the self-defense capability of China and is not targeting any particular country and will not affect international strategic stability,” Yujun said, adding that China would consider taking unspecified measures to maintain strategic balance in the region. China is unimpressed by Washington claims that the introduction of THAAD poses no threat to China.

The missiles carrying the interceptor are known as SC-19. The missiles and its derivatives was successfully used in a number of exo-atmospheric ballistic missile defense (BMD) intercepts between 2003 and 2015. In addition to its BMD role, the weapon could possibly be used against hypersonic glide vehicles surfing in the upper atmosphere.
In addition to the development of indigenous, its missile defense capability China is also pursuing means to kill or disable adversary satellites. The two programs are likely sharing some capacity, and Chinese authorities described at least some of the satellite interception tests as missile intercepts, thus avoiding international scrutiny about military experiments in outer space.

Earlier this week Beijing released another video depicting an anti-satellite test conducted last year. The eighth, and most recent test involved a Dong-Neng 3 exo-atmospheric kill vehicle deployed by satellite launcher that positions the DN-3 in a collision course with the orbiting target. These kinetic interceptors are carried on SC-19 launchers.

Two years earlier a test of the larger DN-2 EKV demonstrated an intercept of an orbital target at an altitude of 18,600 miles, where intelligence and navigation satellites are positioned. The congressional U.S.-China Economic and Security Review Commission report of 2015 described that test as demonstrating “a new high-altitude anti-satellite capability” that could be deployed as early as 2020.

While ‘direct fire’ ASAT capabilities are considered for use only at war, don-kinetic capabilities could be used to disable or ‘kidnap’ adversary assets in space. China is already developing such capabilities, although they are positioned to help avoid potential risks posed by space debris and disabled spacecraft. While Chinese official sources claim that the task of the Aolong-1 (Roaming Dragon) spacecraft sent into orbit last month will be cleaning up space junk, other analysts suspect it could serve a military purpose. In peacetime, the spacecraft could patrol space and prevent defunct satellites from crashing into other satellites or down on earth. Likewise, since they do not explode or create debris, they could be used against enemy assets in space as a ‘clean’ anti-satellite weapon. To conduct its task Aolong-1 is designed to identify such ‘non-cooperative’ target, approach and synchronize position to deploy its robotic arm to establish a firm grip.

Chinese researchers with the 502 Institute at the China Aerospace Science and Technology Corporation said last year that China would launch a multi-tasking space robot by 2020 that could maintain, refuel and repair satellites in orbit. 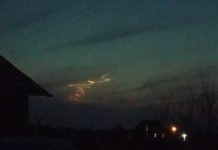 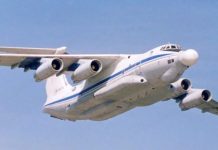