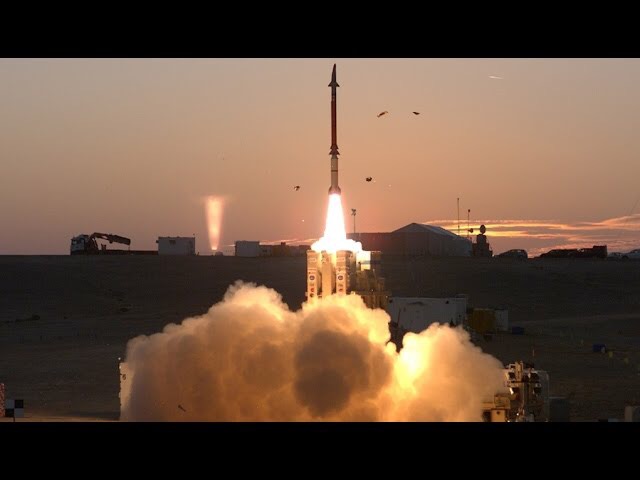 The Polish Government announced it will formally request the Raytheon Company (NYSE: RTN) combat-proven Patriot Integrated Air and Missile Defense System from the United States government. Poland considers to buy eight Patriot air and missile defense systems in a deal with an estimated value of $5 Billion, to establish an independent air and missile defense system under the ‘Vistula’ strategic air defense program.

When the deal comes through Poland will become the 14th NATO operator of the combat-proven Patriot system.

But Poland’s Patriots will be different from other systems. Raytheon is offering the latest iteration of the Patriot family – SkyCeptor – a low-cost interceptor, based on the Stunner interceptor missile developed with Rafael for the Israeli David’s Sling weapon system. The missile and weapon system passed a successful acceptence test by the Israel Air Force last year and are currently in full-rate production.

The Patriot system is comprised of integrated radar, launcher and command and control systems that protects against aircraft, drones and ballistic or cruise missiles.

The SkyCeptor interceptor adds a highly advanced, hit-to-kill capability, developed to defeat short- to medium-range ballistic and cruise missiles and other advanced air defense threats. Raytheon unveiled the SkyCeptor interceptor yesterday during MSPO, an international defense industry exhibition in Poland.
Raytheon is also developing a new radar for the Patriot system – a prototype mockup that was recently unveiled at the Farnborough Airshow in the UK uses two key technologies. The first is active electronically scanned array, which changes the way the radar searches the sky. The second technology is gallium nitride circuitry, which uses energy efficiently to amplify the radar’s high-power radio frequencies.

Poland requested a low-cost interceptor option as part of the interest it expressed in acquiring the Patriot. According to Raytheon, Polish industry would co-develop and produce the system with Raytheon.

It will be the newest hit-to-kill weapon in the Patriot family, which includes the PAC-3 and PAC-3 MSE missiles, which destroy threats by the sheer force of collision. Also in the family is the GEM-T interceptor, which uses a blast fragmentation warhead to obliterate tactical and ballistic missiles or manned and unmanned aircraft. All four missiles can be fired from the same launcher.

“Missile defense is a complicated challenge because missiles [are] cheap and easy to create threats, but [it is] difficult and expensive to defend against them,” said Ralph Acaba, vice president of Raytheon Integrated Air and Missile Defense. “Missile defense systems need to become more cost-effective, and integration of SkyCeptor into Poland’s Patriot is a step in the right direction.”