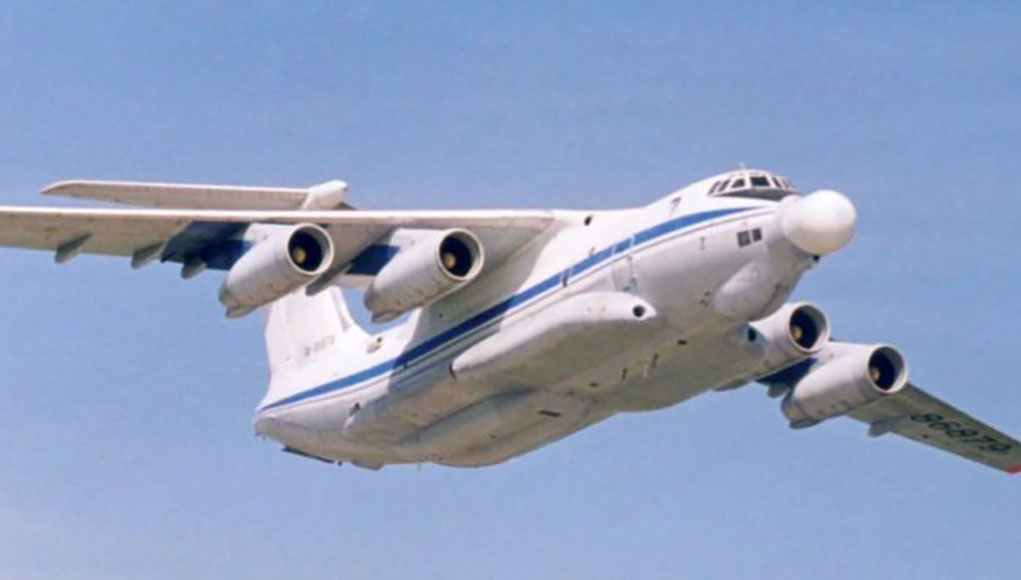 Russia is preparing to renew flight testing of a high-power flying laser designed to operate as an anti-satellite weapon, the Tass news agency reported. Mounted on a modified Ilyushin Il-76MD-90E transport plane the airborne laser laboratory aircraft flew for its first test mission in August 19, 1981. Two aircraft were modified and equipped for the tests that ceased following the collapse of the Soviet Union. In 2009 the project was revived as the A-60SE, mounting the original 1LK222 laser. This laser weapon will likely be used to dazzle adversary satellites or burning through sensitive optics and sensors using intensive enery laser bursts. With an effective range of 1,500 km (930 miles) such a laser can target reconnaissance satellites orbiting at low earth orbit (LEO). The effect on target range to temporarily disrupt to disabling adversary reconnaissance or missile warning satellites. Some sources claim the program also aims to develope a more powerful laser, that will be able to defeat aircraft and missiles.

The program discontinued in 2011 due to lack of funding but has apparently regained interest among Moscow’s strategists as it is considered as an asymmetrical response to looming space-based threats. Platforms suggested for the operational systems may be the original, refurbished A-60SE, newer Ilyushin-476 platforms, or the prospective strategic bomber PAK-DA.

The Russian laser weapon is not equivalent to the American anti-ballistic laser (ABL) developed and tested in the early 2000s. The United States developed a much more powerful chemical laser designated YAL-1. It was designed as an anti-missile proof of concept. YAL-1 demonstrated such capabilities in 2010, but the results were incolclusive and the project was scraped in 2011. According to some media sources the Russians could be considering a similar high power chemical laser for the ‘Sokol Eshelon’ (Falcon-Eshelon) program, developed by Voronezh-based Khimprom-Avtomatika corporation.

The Russians designed their flying laser with more modest ambitions – to dazzle or burn reconnaissance satellites in low-earth orbit. The first Russian high-power laser weapon was developed in 1977 by the Institute of Atomic Energy, Kurchatov under the ‘Falcon-Eshelon’ program in the days of the Soviet Union. It was assembled on an IL76MD-90E transport plane designated ‘Beriev A-60’. This one of a kind aircraft received extensive modifications that included an extended nose section that mounted the targeting LIDAR laser beam director. The Megawatt class CO2 laser used a different assembly, lasing through a large retractable dorsal turret. This laser was developped especially for this flying lab, Other visible modifications include two large nacelles, installed along the lower fuselage – One housed the turbo generators used to power the laser, and another replaced the “chin” cabin, housing the targeting lidar’s APU. Two A-60 aircraft were built and used in the classified flight testing program that lasted through 1993 when the program was terminated.

Following the collapse of the Soviet Union the ‘Falcon-Eshelon’ research program moved under the Almaz Antey concern, which continued to work on the laser program, alsthough without an airborne platform, all activities were limited to ground based tests. These activities were part of its strategic air defense systems.