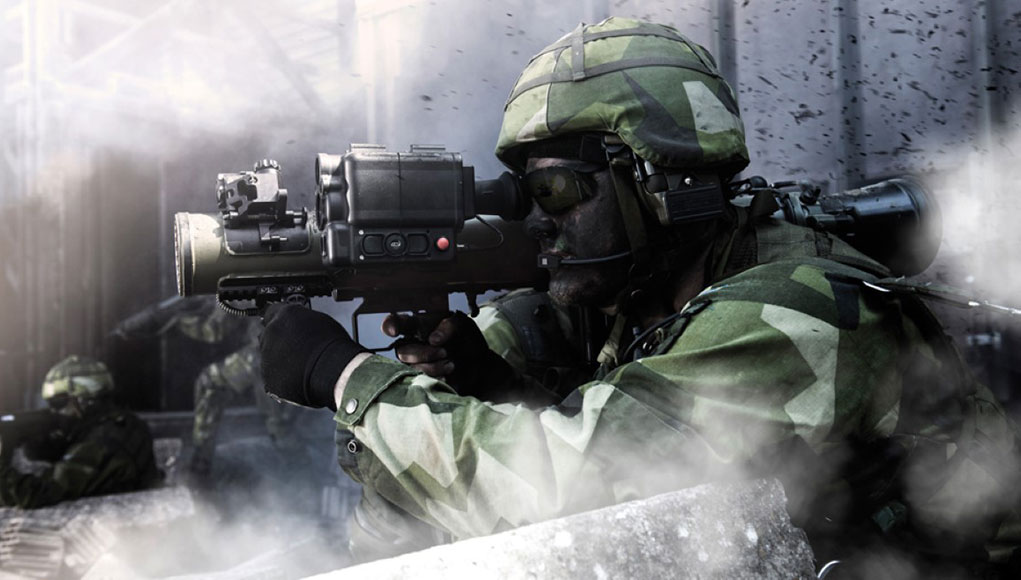 DARPA’s MOAR project explores new ways to increase the combat power of small vehicle mounted or dismounted units introducing a compact, multi-function precision engagement weapon that would evolve into a new category combining the lightweight and versatility of current shoulder fired weapons with the efficiency of larger, heavier and more expensive precision guided weapons. Such weapon would use rounds capable of defeating a wide range of threats – from dismounted personnel, hardened structures, moving vehicles, armor, to unmanned aerial systems – with traditional and non-traditional defeat mechanisms.

The US military Army currently use a range of unguided infantry support weapons – from the 66mm diameter M72 LAW that produced by Nammo, that has both anti-tank and anti-structure versions, the 84mm M136 (AT4) from Saab that currently delivers only anti-tank effect and the new XM-29 from ATK, that shoots 25mm airburst munitions. SOCOM also operates the 84mm Carl Gustaf M3 from Saab’s while the Marine Corps use the 83mm Shoulder-launched Multipurpose Assault Weapon SMAW, also produced by Nammo.

Elsewhere, shoulder-fired weapons are enhanced with capabilities such as intelligent sights, airburst, and precision effects. Examples for new multi-purpose weapons are the Israeli Spike SR, the Enforcer KFK from MBDA and Pike from Raytheon. The lightest and smallest weapon of its type, Pike is designed to fit standard 40mm grenade launchers.

Saab is likely to be the first to offer such capabilities with available weapon systems. Under DARPA’s MOAR contract Saab’s Dynamics will analyze possible concepts and propose solutions, and highlight areas where future research is needed. Saab will conduct studies on its own Carl-Gustaf and AT4 shoulder-fired weapons, both of which are current U.S. Army Programs of Record in service with the U.S. Army.

“Saab is investigating a possible solution: a precision-guided munition for shoulder-fired weapons that provides a long-range, high-precision, multi-target capability,” said Görgen Johansson, Head of Saab’s Dynamics business area. “Analyzing already-established platforms allows the research to remain focused on the munition itself,” he added. “Rather than developing a completely new solution, we are seeking to apply improved capabilities to existing systems – and that would translate to lower costs and faster availability.”

“This research is crucial to improving the power of small military units. Today’s short-range weapons lack active guidance, while long-range weapons are extremely expensive, physically burdensome, and often require teams of operators that smaller units do not have.”

Since the 2014 launch of Saab’s Carl-Gustaf M4 version, the company has already been investing its R&D money into new “smart” munitions to leverage the new system’s advanced capabilities.