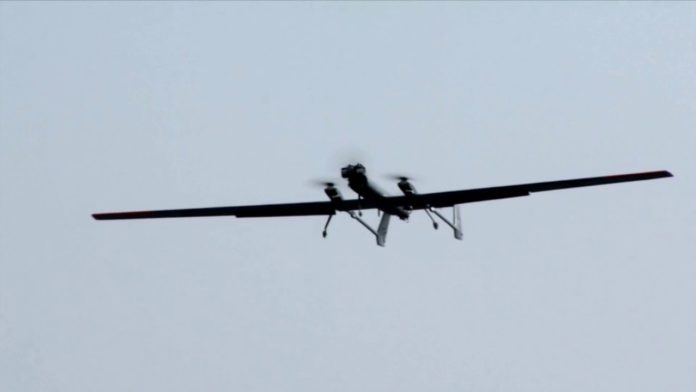 Panther FE hybrid-powered vertical take off and landing drone developed by IAI and the South Korean company Hankuk Carbon made its maiden flight in Korea recently. The FE-Panther uses three electrical motors for vertical lift and an internal combustion engine for horizontal flight.

The new variant weighs 67 kg. – only two kilograms more than IAI’s existing three-motor electrically powered Panther. Hankuk Carbon provides the fuselage assembly, made of lightweight composite materials, and some sub-systems. The new propulsion system extends the mission endurance of the Panther by 33%, maintaining the same payload capacity (6 kg.) as the original all-electric version.

The hybrid propulsion system enables users to employ two different power sources – the tilting electrical motors are optimal for vertical takeoff/landing and hovering, while the internal-combustion engine is employed for cruising.

IAI and Hankuk Carbon outlined their cooperation a year ago. Under a Memorandum of Understanding (MoU) signed between the two companies, the parties will pursue the feasibility study of the concept of a VTOL UAS for South Korean requirements.