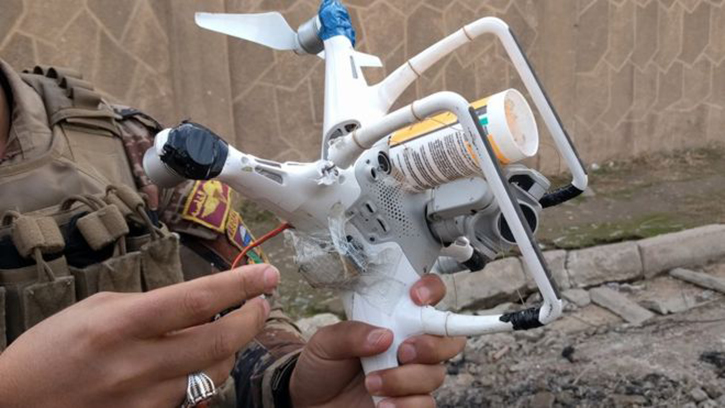 After four decades of the technological superiority of Western military forces, where the performance of drones have evolved and perfected military techniques, tactics and procedures (TTP), such capabilities are becoming common on both sides of the battlefield. For many years armed drones (also known as Unmanned Aerial Vehicles – UAV) were available only to a handful of western nations. Today, armed drones are offered by many – new suppliers include Turkey, China, Iran, and Poland. These UAVs are turned into target acquisition systems, aerial attack platforms, and loitering weapons, able to strike enemy forces with deadly precision.

The availability of drones is not limited to military forces, exploiting commercially available systems, terrorists and insurgents throughout the world are embracing drone technology, particularly those offered by Chinese companies that are not regulated by export laws.

Past uses of drones by terrorist focused primarily on situational awareness and documentation of offensive actions, the latest wave of drones are transformed into rudimentary though capable offensive platforms that can drop weapons on target with impressive accuracy and surprise.

This trend has recently evolved and enabled insurgents in several war zones to hack small commercial drones into lethal weapons, turning what was a small and innocent toy into a smart and deadly Improvised Explosive Devices (IED). As traditional IEDs, these drones have a significant propaganda value, exacerbating their lethal effect. Due to their stunning visual products, drone-monitored and drone-carried attacks have generated huge interest, spreading havoc and fear among opposing forces – far beyond their lethal effect. This fact drove the Iraqi government forces to adapt the same techniques of drone attacks against the Islamic State. Within weeks they managed to master the production and control of such drones, turning them against ISIS in Mosul.