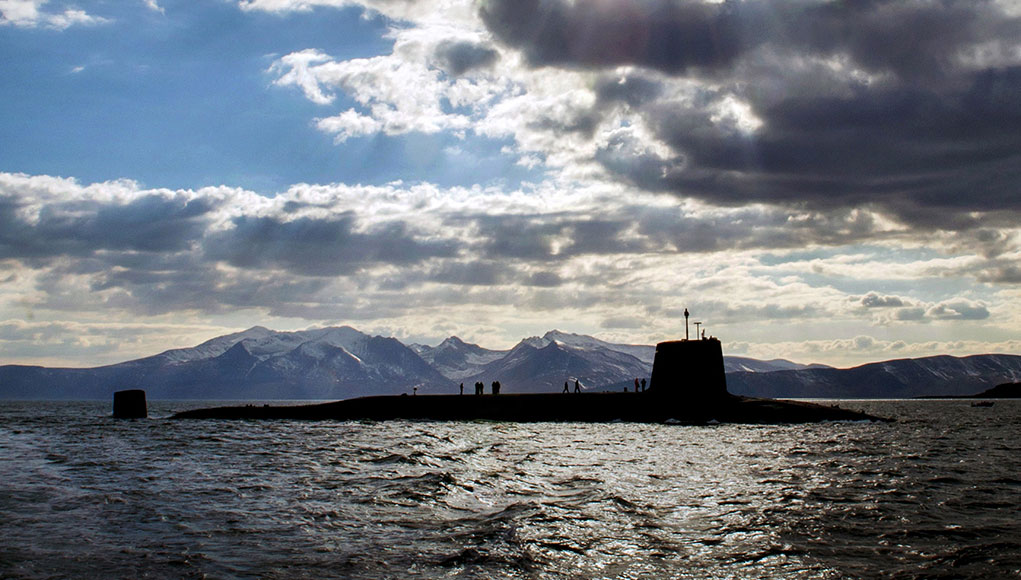 The Vanguard class submarines maintain the UK strategic nuclear deterrent force. Of the four subs, two are on patrol at all time, one undergoing short maintenance and the fourth undergoing deep maintenance that includes the refueling or replacement of the reactor, and other heavy maintenance work. This cycle has been unbroken since 1969, totaling in excess of 300 patrols and more than 43 years.

The Vanguard class is armed with Spearfish torpedoes and Trident nuclear missiles. A submarine-launched ballistic missile (SLBM), it has a range of 7,000 miles. At its fastest, it will travel at over 13,000 miles an hour. Each missile can deliver eight maneuverable, independently targeted warheads (MIRV).

The submarines currently in service are the four Vanguard class, which is set for replacement by the new Dreadnought class, currently in preliminary design. The new submarine will replace the current ones in the 2030s. About half of the £3.3 billion budget cleared Parliament for the program has been awarded. The funding will enable BAE Systems to develop the design of the submarine, including the layout of equipment and systems, and to develop manufacturing processes, including the production of early prototypes. The main sub contractors include Babcock and Rolls Royce. Hundreds of potential suppliers, including Small and Medium Enterprises, have also been identified across the country. 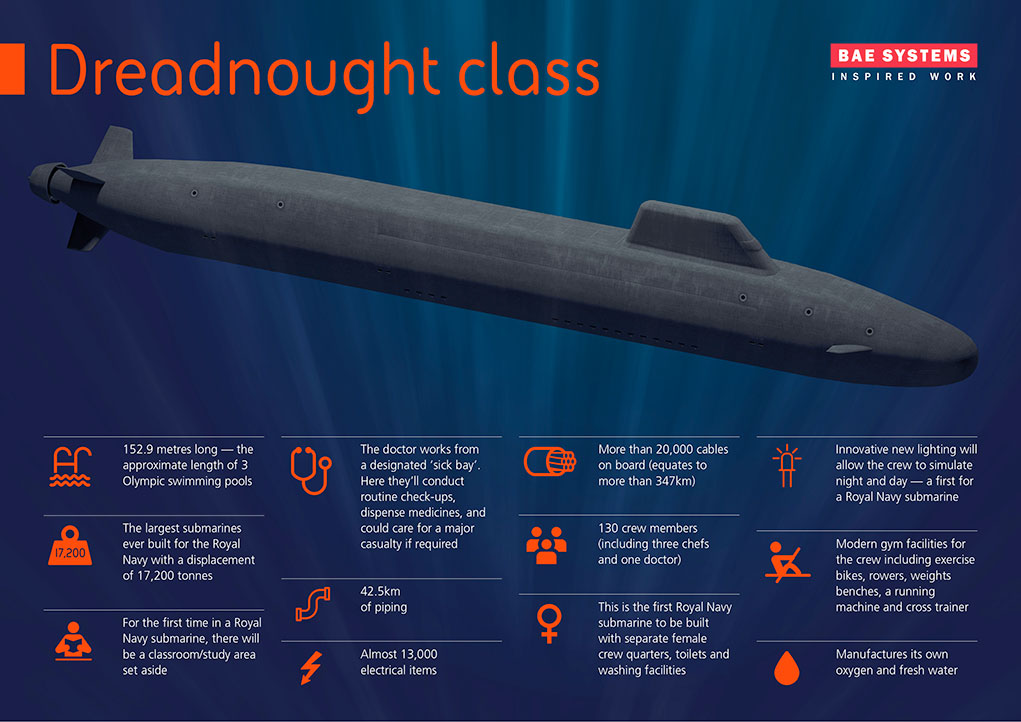