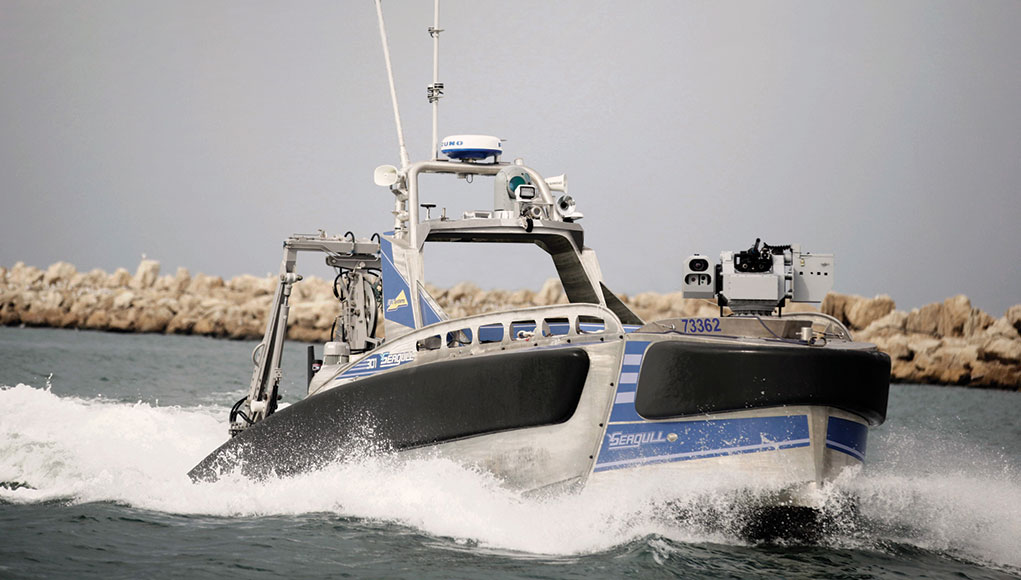 Although wars are often fought on land, the maritime domain poses many challenges to military forces, from the air, surface, and underwater. Underwater activity is increasing both in irregular and high-intensity warfare, due to the difficulty of detecting such underwater threats, by submarines, submersible vehicles, divers, and mines, such threats pose the acutest danger to vessels, harbors, offshore facilities and coastal infrastructure.

Submarines and divers are the most familiar type of underwater threat but, in fact, activity, sea mines and underwater improvised explosive devices (UW-IED) are more likely to inflict damage on naval and merchant vessels, especially in form of terror attacks on strategic seaports, or by irregular groups attempting to disrupt military intervention in territories such groups control, denying maritime activity in critical merchant shipping lanes or the access of logistical support into theater.

Current counter mine (MCM) warfare include minesweeping designed to detect and neutralize mines deployed on shipping lanes. The procedures have not changed dramatically in the recent decades, as most assets taking part in MCM operation use surface or helicopter-based minesweeping and neutralization equipment operated and controlled by manned operators and divers. This high-risk operation requires a slow, methodical process that often brings maritime activity in the area to a standstill, to ensure an uninterrupted environment for the MCM operation to succeed. Based on these procedures, MCM operations could take weeks to complete, limiting naval and merchant shipping operations in the area. A recent mine alert in a major European port caused three weeks of disruption to the port activity, illustrating the potential damage such UW-IED attacks could have on the country’s economy.

If mines represent the lower end of the underwater maritime threat, submarines represent the highest level, with more than 120 submarines of various types and capabilities are expected to enter service in the near future, over half of these will be operated by NON-NATO or adversary navies, 42 percent of the world’s submarine fleet will operate in Asia-Pacific. Given their stealth, long endurance underwater, and long-range weapons and sensors, and the relative limitations of surface and airborne anti-submarine assets, submarines currently have the advantage over surface vessels. Unmanned vessels operating ahead of the surface fleet, with long endurance, operating quietly in a relatively quiet area, have the potential to turn the odds against the submarine in a potential engagement.

While the most common are submarines activity, sea mines, and underwater improvised explosive devices are also likely to be employed, especially by irregular groups attempting to disrupt military intervention in territories such groups control, denying maritime activity in critical merchant shipping lanes or the access of logistical support into a theater.

Elbit Systems has developed an unmanned anti-submarine warfare (ASW) and mine countermeasure (MCM) vessels that enable navies to detect and defeat enemy submarines and neutralize sea mines in a safer, more efficient and affordable way. At the DSEI exhibition this week the company has demonstrated how the unmanned Seagull boats can autonomously perform anti-submarine operations over a distance of 1,890 nautical miles (3,500 km), with the mission controlled over a satellite link from the company’s exhibit at DSEI in London. Operating its dipping sonar and Elbit Systems proprietary software, Seagull performed real-time detection and classification of objects, demonstrating the capability to deter and dissuade hostile subsurface activity. The Seagull team included two operators, a USV operator and sonar operator.

The Seagull is a 12-meter aluminum boat designed to carry 2.5 tons of useful payload in interchangeable mission modules and operate autonomously for up to four days. The boat is powered by two 425 HP diesel engines accelerating the Seagull to a top speed of 32 knots. The boats carry a complete sensor and weapon suite for ASW or MCM roles the unmanned boat replaces much larger manned assets required to operate highly dangerous missions, in routines performed at much slower speed. The ASW mission employs assets such as sonars and torpedoes, similar to those operational on ASW helicopters and larger frigates dedicated for the ASW role, modified for use from floating boats. On such missions, Seagull unmanned boats can perform such missions for four hours, compared to 2-3 hours endurance by helicopters. The boats can remain on station much longer, for up to four days.

ASW operations with Seagull are particularly effective as the boats can deploy to a theater packed in standard 40-foot containers, or be flown into the theater by A-400M or C-17. Once they arrive at the operational area the boats can be operated from a ship or from shore, using a line of sight communications or satellite link. The boats are designed for operation in a rough sea. The SeaGull proved its high performance in a recent MCM trials held by the Dutch and Belgian navies in the North Sea. During the trials, Seagull operated successfully in sea state 6, at winds exceeding 35 knots and 1.5 meter high waves. Seagull can also assume other missions, including protection of harbor, offshore facilities, and vessels at sea. On routine missions the boat surveys the sea surface with its sonar, providing detailed maps of the sea surface at coastal areas and waterways, thus improving detection capabilities in familiar waterways.