As Russia continues the modernization of its strategic forces, Moscow is testing the limits of compliance to arms reduction treaties it is committed to. The United States complained about two Russian weapon categories that allegedly violate the Intermediate-range Nuclear Forces (INF) treaty – the RS-26 Rubezh and 9M729 Iskander-K.

Rubezh (NATO reporting name SS-X-31) was referred by the Russians as an Intercontinental Ballistic Missile (ICBM), a derivative of the three-stage RS-24 Yars. A shorter and lighter than the three-staged Yars, Rubezh is designed for deployment on road-mobile launchers. Rubezh carries a total payload of 800 kg which consists of a single warhead or four Multiple, Independent Reentry Vehicles (MIRVs). While officially Rubezh’s range exceeds 6,000 km, four of the test flights carried out so far have demonstrated flight parameters banned by the INF treaty.

Its first successful test flight reached a distance of 5,800 km, positioning Rubezh in compliance with INF limitations but the next three flights reached only 2,000 km, demonstrating the true purpose of the weapon was to hit targets at intermediate range (such as Western Europe), rather than intercontinental. Following only four test flights Rubezh completed its development and was expected to enter service in 2017 (although such status has not been officially confirmed). The serial production of this missile could seriously change the Russian-US balance of power in nuclear forces – either with the INF or with New START disarmament treaties. That may be the cause of this missile to ‘disappear’ from Russian military leaders unexpectedly stopped talking about the Rubezh. Any mention of the RS-26 has disappeared from all official statements. Some experts believe that by temporarily suspending the production and deployment of the RS-26, Moscow wants to “close the question” of a possible violation of the INF Treaty.

Moscow is also accused to be in violation of the INF treaty by the development of a new ground-launched cruise missile on 9K720 Iskander tactical missile system (NATO reporting name SS-26 Stone). This versatile system can carry a number weapons – tactical, ballistic missiles or cruise missiles, capable of hitting targets at ranges up to 415 – 500 km, but, according to several sources, a new type of cruise missile designated 9M729 was tested with that system, extending its operational strike range far beyond the parameters allowed by the INF treaty. That cruise missile thought to be a derivative of the 3M14 Caliber cruise missile (widely used in its sea-launched variant in the war in Syria) with strike range between 480 – and up to 5,470 km (300 to 3,400 miles). 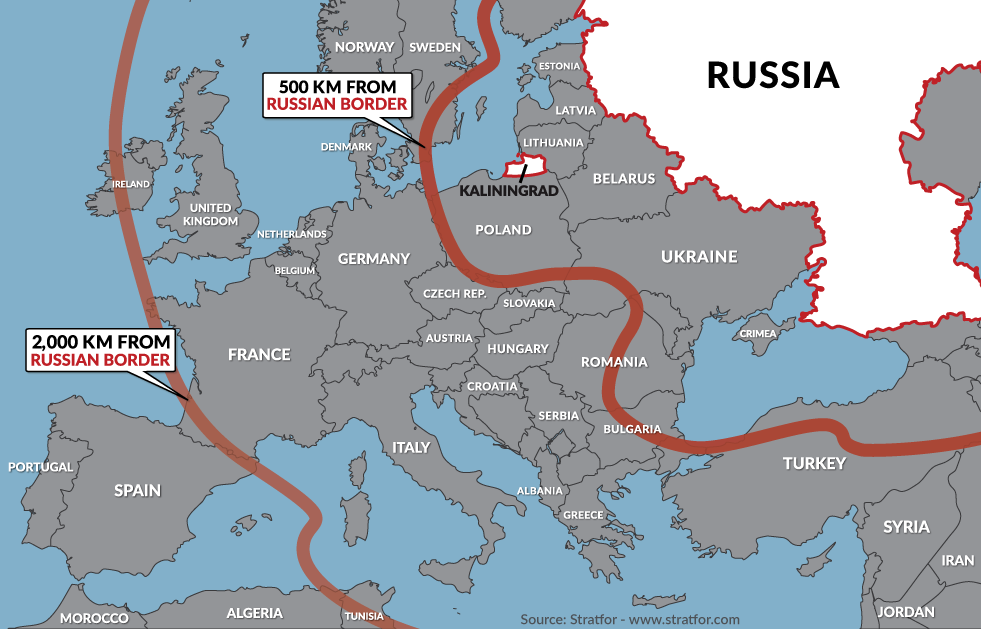 The United States said it was taking military and economic measures against Moscow in response to this violation. Moscow claims these allegations are ‘absolutely unfounded’. The U.S. state department said their response could include a review of military concepts and options, including options for conventional, ground-launched, intermediate-range missile systems, which would enable the United States to defend itself and its allies, should the Russian Federation not return to compliance.”

The treaty does not ban development work on weapon classes banned by the INF until the point that prototypes missiles are built and flight tested, therefore, the technology development would be within the limitations of the treaty. The U.S. response could also impose sanctions against Russian companies that provided the technologies for the new cruise missile. A military response could also include withdrawal from the treaty, that has been in effect for 30 years.

“The Alliance has united in its appreciation that effective arms control agreements remain an essential element to strategic stability and our collective security,” NATO announced, urging Russia to address these concerns in a substantial and transparent way, and actively engage in a technical dialogue with the United States.

Moscow flatly denied the existence of such land-based cruise missile and said the 9M729 refers to a different weapon whose range comply with the INF treaty. Russian Deputy Foreign Minister Sergey Ryabkov has warned that “if the US chooses to withdraw from the treaty, we will be forced to give a ‘mirror response’ to that.”

On its side, Moscow denied the accused violation claiming the American MK-41 Vertical Launch Systems (VLS) used with the new AEGIS Ashore sites in Romania, Poland, and Japan in the future, are violating the treaty, in its ability to launch Tomahawk cruise missiles. President Vladimir Putin message was also clear: “Russia is going to comply with its (INF) terms, providing our partners do so. If they decide to abandon it, however, our response will be instant and symmetrical.” Putin said.

The U.S. denied this accusation saying the Aegis Ashore does not have an offensive ground-launched ballistic or cruise missile capability, as the AEGIS Ashore system lacks the software, fire control hardware, support equipment, and other infrastructure needed to launch offensive ballistic or cruise missiles such as the Tomahawk. “Aegis Ashore has never contained, launched, or been tested for launching a missile that is prohibited by the INF Treaty.” the State Department responded, “The U.S. acknowledged the AEGIS Ashore uses some of the structural components as the sea-based Mk-41 VLS, it is not the same launcher and, as a result, the system is not a prohibited launcher.”

Russian analysts claim the VLS launchers used by AEGIS Ashore do not show observable differences from those used on missile destroyers, as required by the INF treaty, just as the alleged Iskander-K does. The Russians also claim that Medium Altitude Long Endurance drones (such as the MQ-9 Reaper) are also in violation of the INF treaty, in their capacity to carry heavy weapon loads over long distances. These arguments are flatly denied by the US, since the treaty relates only to missiles, being ‘one-way’ delivery systems, and not reusable delivery systems such as drones. 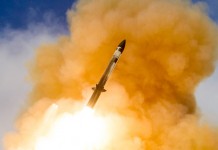 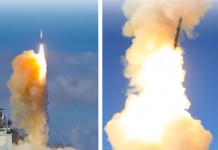