Home Aerospace Air defense Russia to Introduce Prometheus, a Successor to S-400 in 2020

Amid growing demand for its current S-400 system, Almaz Antey continues development of a successor to the ‘Triumf’. Known as ‘Prometheus’, the S-500 is a more advanced air and missile defense system originally scheduled for deployment by the Russian air defense forces by the end of the decade. A navalized version could follow in 3-5 years. According to Russian officials, testing of the new interceptors is said to be on schedule for fielding by 2020, three years later than the original schedule.

The new system employs two new interceptors – 77N6-N and 77N6-N1, both are designed to perform at hypersonic speed (above 5,000 meters/second), using ‘Hit-To-Kill’ (HTK) effect. In their HTK capacity, the new Russian air defense system will be similar to the latest U.S. interceptors, such as THAAD and Patriot PAC-3, but the speed and range of the Russian system are expected to exceed the performance of the American systems. The interceptors of the current S-400 system that excels in medium and long-range performance uses proximity fusing. The S-500 system is reported to be able to cover a radius of to 600km defending against ballistic missiles that are launched from a range of up to 3,500 km. It will be able to engage aircraft, at a range up to 400km.

Other new elements in the S-500 system are four types of radars – a battle management radar (91N6AM) and 96L6-TsP acquisition radar, 76T6 multimode engagement radar and anti-ballistic engagement radar 77T6. According to Russian sources, the S-500 has an operational radius of 600 kilometers, and the capability to simultaneously engage 10 targets, including aircraft, ballistic missiles, and even high speed hypersonic aerial targets.

The S-500 system employs specialized transporter/erector/launcher (TEL) vehicles that will enter developmental engineering this year (2018). The vehicle is based on a BAZ-69096 10×10 truck. The Almaz Antey Corporation began development of the new SAM system in 2011 and is currently proceeding with developmental testing. The new missile will be able to operate as part of Integrated Air Defense Systems (IADS), along with existing assets such as the S-400, S300, S-350, Buk-2M and short-range SA-11 or SA-15 units.

The S-500 is positioned to become the successor of the S-400 Triumf currently deployed throughout Russia and offered for export. Comparable to the Terminal High Altitude Air Defense (THAAD) system (the Russians claimed it will be superior), S-500 is superior to the S-400in intercepting air-breathing targets (aircraft and cruise missiles) at longer ranges, and ballistic missiles flying at higher velocities. With a response time of three seconds, S-500 is three-times faster to respond to new threats, over the S-400. Since it will be able to intercept targets at altitudes of 200 km above the earth atmosphere, S-500 is also considered to become an anti-satellite weapon.

S-400, also known under the designation S-300 PMU-3 is currently the heaviest air defense asset in the Russian air defense array. 19 systems are currently deployed throughout Russia, with an undisclosed number of S-400 units being exported to China, and Algeria. The sale of such system to Turkey has been confirmed. Russia also negotiates the sale of S-400 with India, and Saudi Arabia, with no results yet.

The S-400 comprises four types interceptors, covering different segments of the airspace protected by the unit. The system can operate four 40N6 interceptors able to hit large targets at ranges of up to 400 km (namely strategic platforms such as airborne warning and control – AWACS, Signals Intelligence (SIGINT) or aerial tankers). Alternatively, four 48N6 interceptors can be stored in the same canisters, providing long-range intercept capability at a range of up to 250 km. Two types of shorter-range interceptors can be used, four of these smaller interceptors are stored in each canister that carries the larger missiles. These smaller interceptors are designated 9M96E2 and 9M96E, they cover the medium (120 km) and Short (40km) range. Those shorter-range missiles are also employed in smaller, individual canisters in tactical air defense systems, such as the S-350 Vityaz. 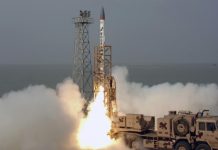 Successful Indian Missile Intercept was in fact a Failure!