In 2019, DOD will decide whether to enter full-rate production for the F-35 aircraft. From the next year onwards, the Pentagon plans to invest about $10 billion annually for two decades acquiring F-35s – the most expensive and ambitious weapon acquisition program in U.S. military history. By the time the program moves into full-rate production, 500 aircraft will be procured and will need fixes and resolving deficiencies found during the testing. Bringing those aircraft to full capability could cost $1.4 billion. The F35 program office will hold a summit later this year to determine who will be responsible for the costs associated with resolving the remaining deficiencies. 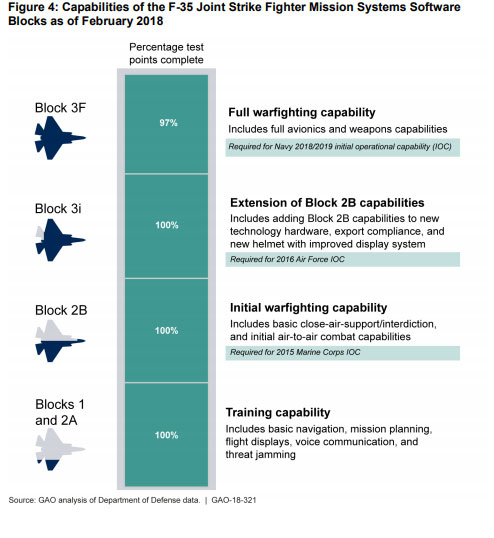 In the recent years, the program made significant progress to bring the aircraft to maturity, reduce cost and improve operability. Alas, a recent report prepared by the Government Accountability Office (GAO) recommends DOD to hold that decision until all critical deficiencies found in testing are resolved. Specifically, GAO recommends Congress to limit the funding of the upcoming upgrade of the aircraft (known as ‘Block 4’) until DOD provides a sound business case for the effort. – Subscribe to read the full version of this post –