In a first operational test conducted by the U.S. Army in Europe, troops from the 2nd Cavalry Regiment (2CR) Scouts demonstrated advantages gained by the force, using new variants of the Stryker 8×8 combat vehicles.

The test was held at the at the Joint Maneuver Readiness Center (JMRC), Hohenfels, Germany. The new vehicles were equipped with two new weapon systems. The Infantry and Recon Stryker variants were fitted with the Common Remotely Operated Weapon System-Javelin (CROWS-J), with a mounted Javelin capability. The second variant was the Infantry Carrier Vehicle — Dragoon (ICVD) was equipped with an unmanned turret housing a 30mm cannon with enhanced optics.

One key question at each AAR was how the platforms impacted the mission. The CROWS-J also received applauds, for providing the scouts the capability to fight enemy armor much more dynamically, allowing for the repositioning of anti-armor capabilities quickly across the battlespace.

The experiment was managed by the Army Operational Test Command (USAOTC) based at Fort Hood, Texas, which enabled other Army units to learn from the experience the 2CR has gathered with these new capabilities as they train in a realistic environment.

“The ICVD provides an all-weather, limited visibility, long-range target acquisition with long-range fires capability that is challenging and changing the way we fight; we are maneuvering to avoid them,” said Capt. Brandon J. Shorter, commander of the OPFOR’s Blackfoot Company that, as an opposition force, had to face the new assets in mock combat. Blackfoot Company provided operated a hybrid threat formation composed of Motorized Rifle Company and a squad of irregular forces. Part of the test’s goals was to provide information contributing to a Capabilities and Limitations Report (CLR) of the two new Stryker variants.

“The CLR is important because it lets the commander know what the vehicles can and can’t do and will influence how he employs the systems,” said Ron Thomas, the MTD test officer.
To achieve this, 2CR units conducted eight missions — four days and four nights –enabling them to operate their new systems in different conditions against a myriad of OPFOR formation threats.

“We gained knowledge of the new systems during the New Equipment Training but we are gaining experience through employing them during the operational test,” said Staff Sgt. Nathan F. Dragovich. To capture this Soldier test feedback on what works and what does not, the MTD test team created a data harvest method which administered surveys and After Action Reviews (AAR) after each mission. Data harvests immediately following a mission is crucial to the operational test, Thomas added. “It allows us to get the data while the fight is still fresh in Soldiers’ minds,” he said. 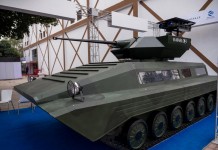