The Russian weapon manufacturer Techmash plans to adapt its products for use on drones, Aleksandr Kochkin, Deputy CEO of Techmash said. As part of its ordnance portfolio, Techmash produces aerial bombs at weight classes of 50 to 2.5 kilograms that are optimized for use with fixed-wing drones. According to Kochkin, Techmash also evaluates the use of grenade launchers onboard unmanned platforms designed for vertical take-off and landing, such as the multirotor drones.

Bazalt, one of Techmash subsidiaries is manufacturing automatic grenade launchers and the 30mm anti-personnel grenades they fires. The launcher fires a single shot, short, or long bursts, of 5 or 10 rounds. The rounds are fitted with a point detonation fuze and pre-fragmented casing to ensure reliable operation on impact with any type of surface, including snow, sand, and water. Bazalt also manufactures several types of rocket-propelled grenades that were already tested with multi-rotor drones. 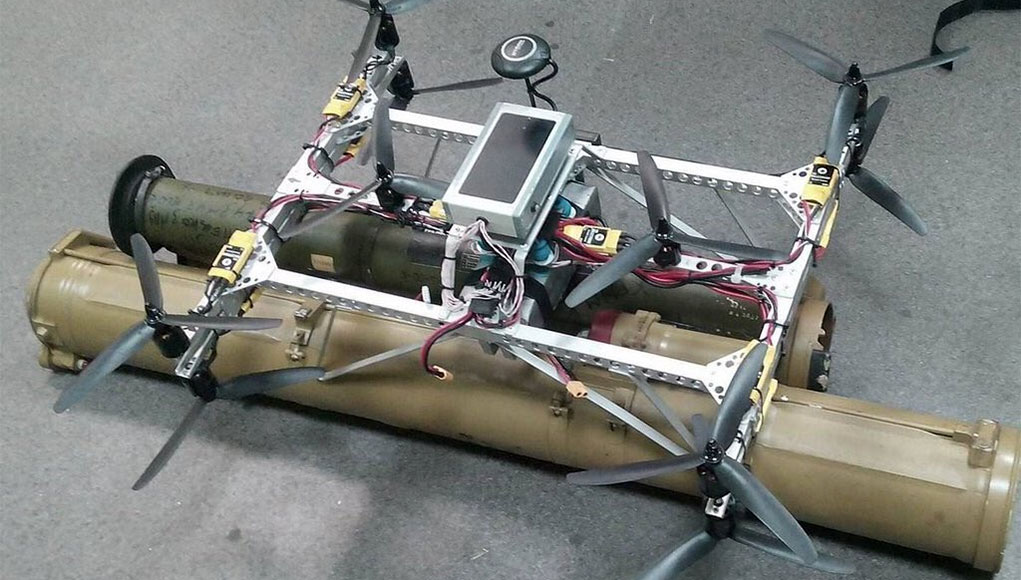 Quadrotors carrying rocket-propelled grenades were already demonstrated two years ago in Russia, following the appearance of a drone hack introduction by Daesh (ISIS) in Syria. Earlier this year similar platforms were displayed in Belarus and Ukraine. The Ukrainian Demon developed by the Kyiv-based Matrix UAV company. The first prototype of the Demon was fitted with an RPG-26 disposable rocket launcher. It can also use an RPG-7 launcher or other small arms, at a weight up to five kilograms.

When used on a ‘suicide’ mission (without retrieving the platform after a fire) Demon carries up to seven kilograms of ordnance to a distance of 20 kilometers, or up to 90 kilometers when using a hybrid propulsion system. The drone and weapon are controlled manually over a two-way video channel. Matrix is already developing a semi-automatic control for the system. When used over long distances the operator relies on another drone carrying a communications repeater.