Home Aerospace Missiles Lockheed Martin, Dynetics to Build a Hypersonic Missile System for the US... 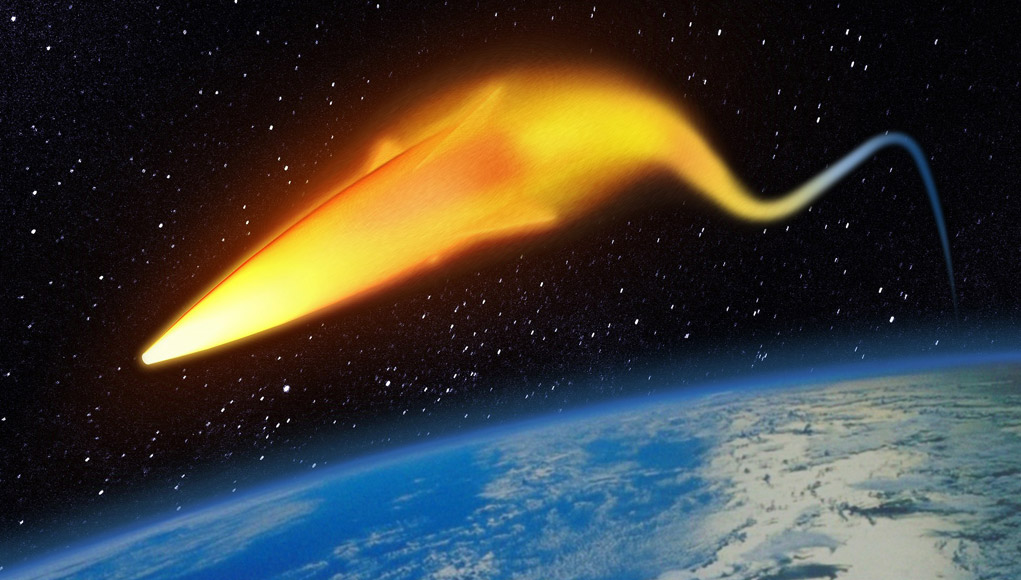 Lockheed Martin and Dynetics Technical Solutions (DTS) have both won contracts to develop and supply hypersonic weapon systems to the US Army. Lockheed Martin will be the prime contractor for the land-mobile Long-Range Hypersonic Weapon (LRHW) system, while Dynetics primes the development and integration of the arrow-shaped Common Hypersonic Glide Body (C-HGB) the LRHW carries.

Hypersonic strike weapons, capable of flying speeds in excess of Mach 5, are a key aspect of the long-range precision fire modernization effort for the Army and the national security strategy to compete with and outpace potential threats. LRHW will be able to travel at speeds of over 1.7 km per second (3,800 mph), dodge above the atmosphere and hit targets anywhere in the world within minutes.

LRHW includes the development of the missile (34.5-inch in diameter) that carries a single C-HGB, and the design and integration of a vertical launcher onto a trailer. Each trailer will carry two canisters. Lockheed Martin won a $352 million contract to develop and build the Long-Range Hypersonic Weapon (LRHW) system. The company’s LRHW team includes Dynetics Technical Solutions (DTS), Integration Innovation Inc. (i3), Verity Integrated Systems, Martinez & Turek, and Penta Research. The project work will be located at Lockheed Martin’s Alabama, Colorado, California and Texas facilities and is expected to deliver the first systems for testing in two years.

“Lockheed Martin is driving rapid technical development for these national priority programs,” said Eric Scherff, vice president for Hypersonic Strike Programs for Lockheed Martin Space. “There are natural synergies with our industry teammates. We believe our relationships offer the Army unmatched expertise and put us in the best position to deliver this critical capability to the nation.” 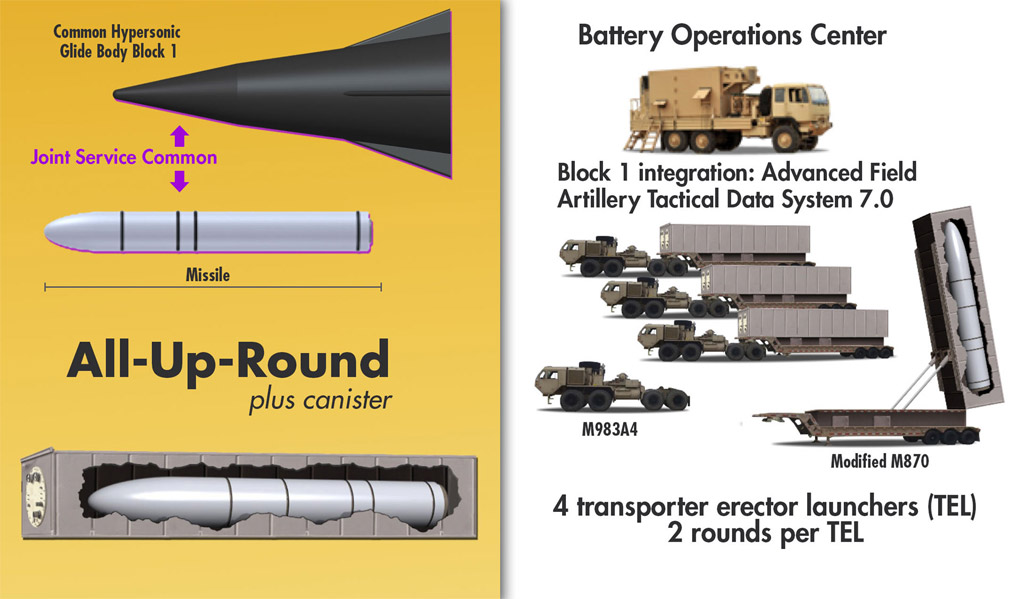 DTS won a separate contract worth $352 million to build the arrow-shaped Common Hypersonic Glide Body (C-HGB), which will be the LRHW hypersonic payload and warhead. As a common hypersonic body, C-HGB could be integrated into additional weapon systems as the design and technology mature.

At the recent missile defense symposium held in Huntsville Alabama on August 2019, The US Army plans to deliver the first battery of LRHW by 2023. Lt. General Neil Thurgood, director, Rapid Capabilities and Critical Technologies Office (RCCTO) said the Army plans to field a prototype LRHW battery under the US Army Strategic Fires Battalion. The new unit will become part of the Army multi-domain task force. Initially, the battalion will be fielded without the live rounds for training purposes in 2022. The unit will operate four transporter erector launcher (TEL) vehicles, each having two launcher-canisters and a battery operations center including eight missiles. The battalion will use the standard Advanced Field Artillery Tactical Data System 7.0 (AFATDS) artillery command and control system, although more advanced computational tools are expected to be fielded to support the hypervelocity weapons.

The Common-Hypersonic Glide Body (C-HGB) is a weapon system that uses a booster rocket motor to accelerate to hypersonic speed and then jettisons the expended rocket booster. The glide body continues to fly at hypersonic speed, bouncing over the upper atmosphere and into space in a series of ‘leaps’, each leap changes the trajectory of the glide body, thus determines the final impact point. Flying at the edge of the atmosphere makes detection and tracking highly difficult, which makes the hypersonic glide body extremely difficult to intercept from. The glide body is designed to survive the extreme temperatures and pressure changes encountered during reentries and deliver its payload on target with high precision.

“The common hypersonic glide body is a vital component in the [US] National Defense Strategy that includes weapons with increased power. Our team is pleased the Army saw that our highly-skilled engineers and technicians can bring this technology rapidly and affordably to the warfighter,” said Steve Cook, DTS President.

Under the contract, DTS will produce 20 glide body assemblies for use by the U.S. Army, U.S. Navy and the Missile Defense Agency, with an option for additional quantities. The Navy leads the design of the C-HGB, while the Army will lead production and build a commercial industrial base. This cooperation enables the services to leverage one another’s technologies as much as possible while tailoring them to meet specific design and requirements for air, land, and sea.

Until now, researchers have used hypersonic test vehicles that were manufactured and assembled by hand by expert engineers at research labs. C-HGB intends to move that technology to production, providing the Army with weapon prototypes that can be serially produced, operated and maintained by military personnel.

“We have selected a strong team with varying skillsets to help the U.S. counter the threat from Russian and Chinese advances in hypersonic weapons. Each of these companies will bring decades of experience and will join science and technological capabilities to make a modern prototype and eventually become a program of record,” Cook added.

C-HGB is breaking new grounds in the manufacturing of hypersonic weapon systems. The DTS led team also includes General Atomics Electromagnetic Systems, Lockheed Martin and Raytheon. As the prime contractor for the C-HGB, DTS will provide program and supplier management; procurement; assembly, integration, and testing; electrical and mechanical manufacturing; and systems engineering for the C-HGB.

Raytheon will deliver the control, actuation and power-conditioning subassemblies that control the flight of the new common hypersonic glide body. The company will also help assemble and test the glide body.

As the prime contractor of the LRHW platform that will eventually carry the glide body, Lockheed Martin also has a role in the manufacturing, assembly, integration, test, systems engineering, and analysis.

In this development, DTS will collaborate with Sandia National Laboratories, for the development and production of the glide body. Sandia is one of the leading authorities in boost-glide hypersonic research, development, and production of glide bodies. In addition, Sandia has recently established an Artificial Intelligence center that will recommend new methods for mission planning.

Such methods will generate flight plans within minutes, instead of months, a semi-autonomous vehicle could self-correct in flight to compensate for unexpected flight conditions or a change in the target’s location. Human monitoring the flight could regain control by turning off the course-correcting function at any time.

Researchers at the lab’s AutonomyNM venture plan to create a computing algorithm designed specifically for high-speed vehicles that compress 12 hours of calculations into a single millisecond, all on a small, onboard computer.