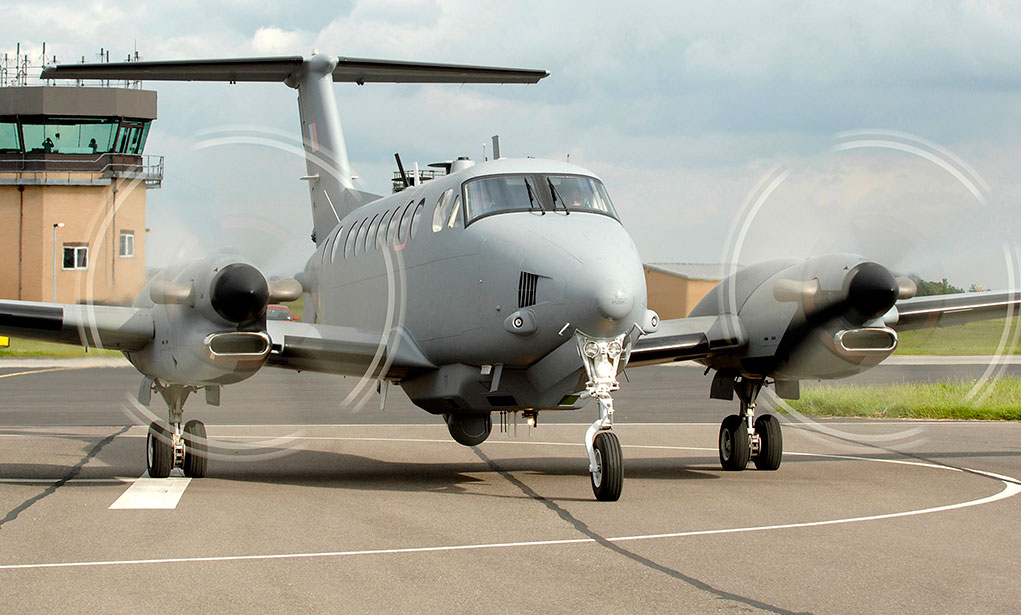 The UK Ministry of Defence has chosen Leonardo/Thales protection system to protect the RAF Shadow ISTAR fleet. This single-source selection by the MOD follows the recent SALT III international trials hosted by the Swedish Defence Materiel Administration in Sweden. There, the integrated Miysis/Elix-IR system, using a jamming waveform developed by the UK MOD’s Defence Science and Technology Laboratory, proved its ability to defeat Infra-Red missiles in live-fire exercises.

The UK Ministry of Defence has chosen Leonardo and Thales, under a single-source procurement, to deliver an integrated Defensive Aids System (DAS) under an Urgent Capability Requirement, equipping the eight RAF King Air 350CER Shadow R1 aircraft. The new system will enhance the protection of those intelligence, surveillance, and reconnaissance (ISR) aircraft that have been exposed to advanced, latest generation heat-seeking man-portable air defense systems (MANPADS) and another surface to air threats. The UCR will be delivered by a combined MOD/Leonardo/Thales team under a Leonardo prime systems integration contract, with the equipment being integrated with the platform by Raytheon UK. Initial Operating Capability is targeted for early 2021.

Elix-IR is constantly on the lookout for missile and gunfire threats, providing long-range, rapid and accurately-located alerts when they occur.

The DAS Controller is able to assess multiple threats to the aircraft and prioritize the appropriate response using the Countermeasure Dispensing System (CMDS) and Miysis DIRCM.

The dual-head fit of the Miysis DIRCM provides 360-degree protection and the ability to defeat multiple threats simultaneously by accurately directing a jamming laser onto the missile’s seeker, confusing its guidance system and steering the missile away from the aircraft. The integrated and optimized threat-warning/threat-defeat chain ensures that sequential incoming missiles are thwarted quickly and effectively.