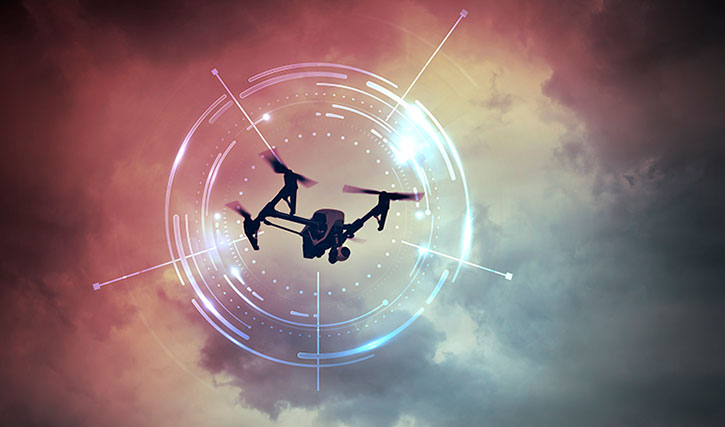 The British Royal Air Force (RAF) has selected Leonardo to support the next stage of their research and development program, exploring the current and future threat posed by hostile drones, and evaluating a range of technologies for counter-drone capability. The three-year program will commence in early 2020. Leonardo counter-drone technology has already seen use with the RAF and is under contract for the Italian Army and Air Force. In 2018 and 2019, following drone sightings at Gatwick and Heathrow airports, elements of Leonardo’s counter-drone technology were deployed by the RAF to allow airport operations to resume.

The rapidly evolving drone industry rapidly creates a significant challenge for organizations which need to secure themselves against the misuse of such aircraft. The RAF’s research program will inform how the Air Force will respond to current and future threats, and keep pace with technology over time, examining how operators will be able to detect, track, identify and defeat rogue drones. The study will help the RAF understand the requirements for a potential future core capability which will be able to respond to the rapidly-evolving threats posed by hostile drones.

The RAF’s research program will draw on this experience and build on previous collaborative C-UAS research to understand and meet the threat of rogue drones. In the long-run, the research and development program will help understand and inform requirements for a core RAF counter-drone capability, which would then be used to protect RAF Bases.