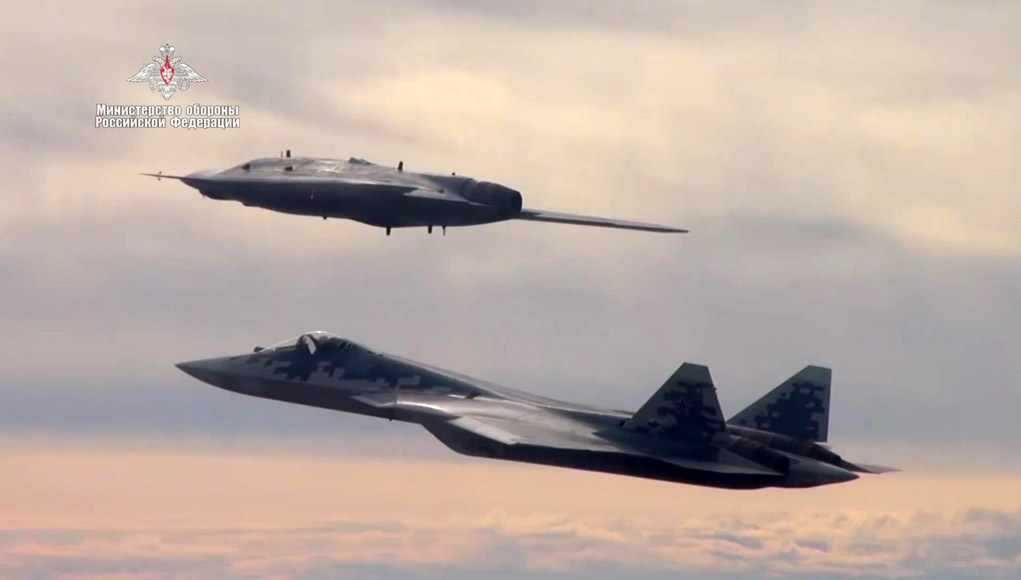 Sukhoi and the Russian Ministry of Defense have flown the S-70 Okhotnik-B unmanned aerial vehicle with Su-57 fifth-generation fighter aircraft for the first time. The flight that laster 30 minutes was part of the ongoing test program. On this flight, Okhotnik-B flew with a full avionics configuration in an automated mode demonstrating key features for a Manned-Unmanned Teaming (MUM-T) capability.

During the flight, Okhotnik provided sensor augmentation for the Su-57, by expanding the fighter’s radar coverage, enabling the Su-57 to acquire targets beyond the reach of its own radar, and outside enemy missiles and air defenses coverage.

Okhotnik follows a stealth flying wing design that uses special materials and coatings that reduces its radar signature making it invisible to enemy radar. The UAV is equipped with optoelectronic, and radar sensors to perform both air dominance and reconnaissance missions.