RAFAEL’s INDOOR autonomous surveillance capability is taking this capability to a new level by enabling a group of unmanned systems to map and inspect indoor spaces, enabling warfighters to explore structures suspected to be occupied by the adversary, without exposing humans to the dangerous house clearing and Close Quarters Battle (CQB).

For this process, RAFAEL unleashes a group of Commercial Off the Shelf (COTS) robotic platforms, including the four-legged Spirit from Ghost Robotics’, a few ‘Magic Fly’ nano-drones, and a heavier multirotor drone named Raven.

The flying robots – the Raven and ‘Magic Fly’ can fly a 15-minute mission. They can enter a building from any opening, including small windows, and move through the internal spaces by mapping and avoiding obstacles as they navigate indoors.

The Raven is fully autonomous, augmented by the Magic Fly that can operate autonomously on short segments of the mission. Carrying 0.4 kg of payload and employing advanced automatic target recognition (ATR), Raven can also be used for an attack mission. The Spirit is also fully autonomous, performs 3D mapping indoors, and has a powerful ATR that can be employed for surveillance and lethal missions. The four-legged robot can operate continuously for two hours and carry loads up to 9 kg.

All the robots employ sensors designed for operation in changing light conditions, including total darkness. Each robot operates autonomously and delivers sensor data back to the controller. Additional sensors that can feel heat or proximity to objects can be added to the systems and algorithms performing face recognition.

Within a few minutes, the drone maps the building layout and the furniture inside that might affect the robot or human activity. The mission is controlled from a small tablet that maintains control of the individual robots. This tablet enables mission planning and recommendations based on available information and AI.

Upon entry into the building, the robots automatically map the structure, locates the presence and movement of people inside, and the presence of certain objects, such as weapons. The operator can view the objects detected by the robots immediately upon the detection of suspected objects. The operator can also manually inspect certain objects and areas of interest, based on the sensor data and alerts. The potential use of such sensors can be used to map a building before entry or acquire and designate targets indoors for other weapon systems.

The development of AI-based systems leverages advanced know-how that has already been implemented in AI-empowered systems developed for armored vehicles, missile systems, and guided weapons. It employs ethical rules to comply with legal and moral restrictions that could be implemented or restrict AI’s military use in the future. 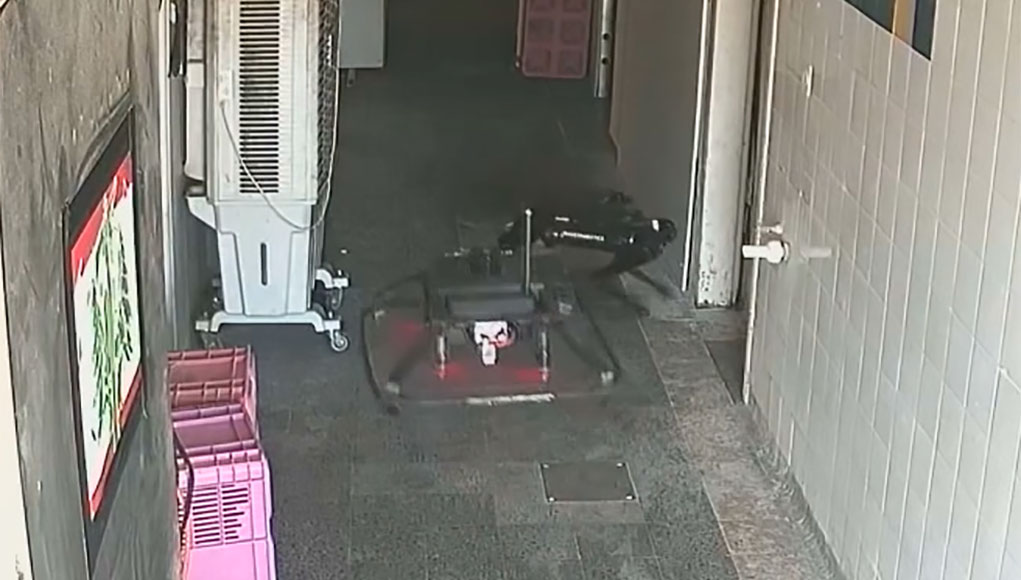