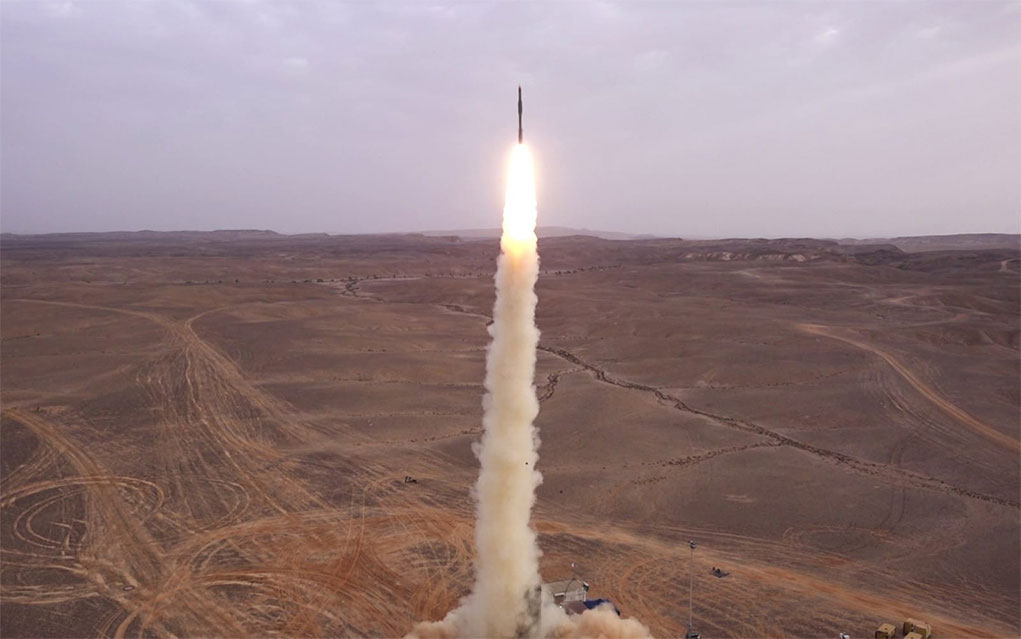 Israel Aerospace Industries (IAI) today unveiled details of the comprehensive trials series of the Barak-ER system, tested against a range of scenarios and threats, culminated with the intercept of a ballistic missile target by the BARAK ER (Extended Range) interceptor. BARAK-ER provides wide-area protection against a range of air, sea, and ground threats, including ballistic, ground-to-ground, and cruise missiles, UAVs, guided bombs, and helicopters.

The BARAK-ER Air Defense System, developed by IAI, combines the capability to intercept airborne threats at an extended range of up to 150 kilometers, including ballistic missile targets. The ER interceptor is part of IAI’s BARAK MX Air Defense System’s family, designed for land-based and naval applications. IAI’s BARAK weapon system is one of the world’s most advanced defense systems. Operationally proven, it is operational with several users worldwide, including the Indian Navy, Air Force, Army, the Israel Navy, and the Azeri Air Force, where it was recently used in combat for the first time during the hostilities that erupted over the Nagorno-Karabakh region.

The BARAK-ER interceptor tested in the recent trial was taken directly from the company’s BARAK MX production line, producing the missile for customer orders. The Israel Navy has already selected the missile to equip the four Magen class corvettes.

The BARAK-ER revolutionizes air defense with unprecedented flexibility, both in real-time, full net-centric combat management as well as with its ‘smart launchers.’ These launchers can independently launch and manage any mix of interceptors with ranges of 35, 70, and 150 km without a dedicated command post on site. This deployment enables users to distribute intercept assets over a wide area and integrate such assets on land and sea under a robust and resilient command and control network.

Such a layout enables air defenders to face air attacks from different directions, heights, and trajectories, posing a complex multi-dimensional Anti-Access Area Denial (A2AD) defense system. Since the system is modular and scalable, users can build such systems in phases by using the systems’ key assets such as the digital MultiMission Radar (MMR) radar or MFSTAR radar for naval platforms, command and control system, and unified launchers, while phasing their procurement of interceptors according to budget constraints. The systems can integrate existing sensors and networks to enhance existing air and missile defense systems.

The Barak MX battle management system optimizes the interceptors to match threats in real-time. Thanks to these features, an operator can create unique responses to a mix of interceptors across different threats and phase their procurement gradually according to budget constraints. The interceptors are built with a modular design and employ advanced RF homing seekers and multi-pulse rocket propulsion to maintain range and maneuverability at medium, long and extended range.

“The BARAK Air Defense System is a modern yet mature, operationally proven system that maximizes the capabilities required to meet threats today, in particular, against ballistic targets.” Boaz Levy, IAI President, and CEO said, “The extensive firing trials to which the system was subjected under difficult land and sea conditions are the best proof of the system’s capabilities. The modular approach, and the smart launchers, fit customer demand for utmost flexibility on the battlefield and in procurement given budget constraints. As such, BARAK provides an optimal solution for the present and future battlefield.”