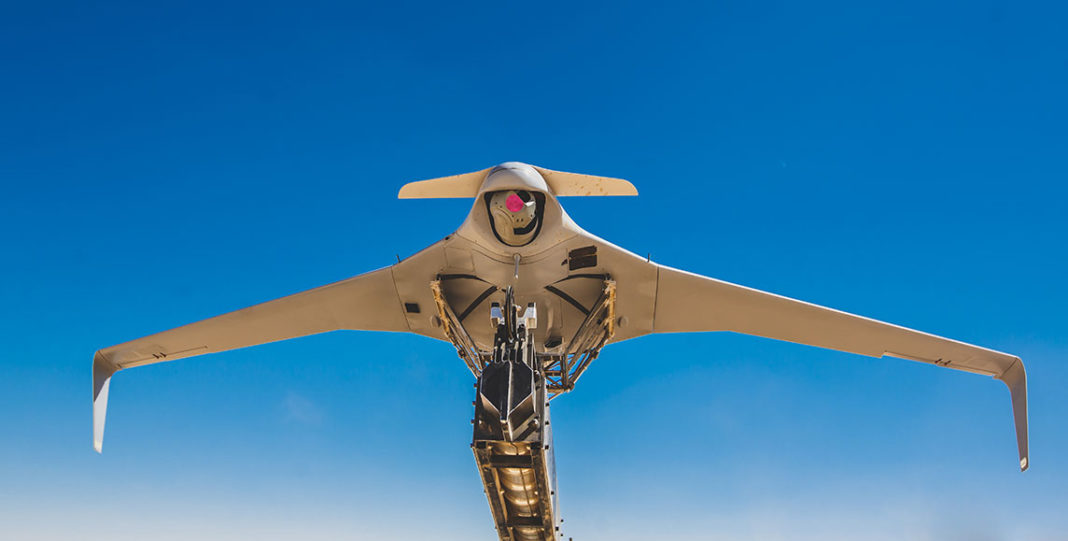 In the past, only the relatively large UAS were able to carry and operate the payloads necessary to support those missions. In recent years, the miniaturization of electronics and optronics systems and the availability of high-density batteries enable those missions to enable much smaller UAS to carry out most of those missions.

Unlike the larger and heavier drones that operate like manned aircraft and are bound to airfields or other complex launch and retrieval systems, small UAS are optimized to work and support operators at the tactical level. They can move with the forces, deploy from any terrain, including operations at sea, and interface smoothly with the tactical command and control network.

Aeronautics’ Orbiter family of Mini UAS (MUAS) and Small Tactical UAS (STUAS) is designed specifically for tactical applications. These UAS are maintained as organic assets with battalions and companies, and operate reliably and independently with a minimal logistical footprint backpack, vehicular or trailer mounted configurations, delivering critical real-time intelligence to the user.

Aeronautics designed its flying-wing-shaped unmanned aircraft with a blended wing-body that minimizes drag and maximizes lift to support extended missions and maintain a long-endurance, high dash, and slow loiter speed. The sleek flying machines use electrical propulsion for a fast, smooth flight, even under rough weather conditions. The wing shape and silent propulsion result in a low visual and acoustic signature, enabling the platform to operate over enemy territory unnoticed.

The chin-mounted payload has an unobstructed view forward, sideways, and downward, offering a simple and intuitive control of the payload and platform. The platform provided the lift to carry a significant load relative to the platform size, enabling efficient ground handling in the field. Recovery at the end of the mission relies on a parachute and airbag, enabling deployment on any terrain.

The flight and mission control system utilize the proprietary The system is operated and controlled by the Aeronautics proprietary Multi Operation Aerial Vehicle (MOAV) software, an advanced interface developed in-house, designed to serve a range of unmanned platforms. It is compliant with several NATO interfaces, including STANAG 4609 for interface and STANAG 4586 for UAS control, and H.246 for video streaming.

Orbiter 2 – a compact, combat-proven man-portable mini-UAV, designed for operation by the tactical level, providing the warfighter real-time intelligence gathering surveillance and target acquisition and reconnaissance. Orbiter 2 is prepared for an automatic takeoff from a pneumatic catapult in only seven minutes and can fly for four hours on a mission. It can operate covertly in GPS-contested airspace and encrypted, frequency hopping datalink to support full-intensity warfare missions. It can also work at low-intensity warfare, counter-insurgency operations, and urban warfare, supporting Homeland Security (HLS) missions in border protection or maritime surveillance.

Orbiter 2 was designed to host many payloads at the baseline, offering versatile mission capabilities at the tactical edge. It operates day and night with the Controp M-STAMP multi-sensor EO/IR payload, performs persistent surveillance video motion detection missions with STAMP-VM. Photogrammetric mapping & 3D modeling missions use Rafael’s HD-Lite system while acting stand-in electronic attack would employ the Woodpecker EW jammer system from Netline. These are only a few of the tasks carried out by Orbiter 2.

Orbiter 1K – The combat-proven Orbiter 1K is a loitering munition platform based on Orbiter 2. The main difference between the two is introducing a fuselage adaptor carrying an explosive payload at the front end of the fuselage. The platform has a miniature EO/IR payload with a video tracker and a warhead weighing 1-2 kg in this configuration. A catapult also launches orbiter 1K. The system can be operated with a medium-range RF module to support analog or digital communications over 100 km range.

Other variants of Aeronautics’ flying wing design are Orbiter 3 and 4. These are larger and heavier platforms capable of performing extended missions inside enemy territory and operate multiple payloads simultaneously, supporting a military force at the tactical and operational level.

Orbiter 3 uses electric propulsion and is optimized for covert missions, supporting up to 7 hours of operation, carrying payloads up to 5 kg in weight, including multi-sensor stabilized EO payloads with integrated laser target-designation systems. It can also carry a cellular interception payload for electronic surveillance missions. Electrical propulsion allows users to operate quietly and undetected inside contested airspace and carry out special missions such as stand-in signals intelligence and electronic warfare. The Orbiter 3 STUAS is fitted with an encrypted digital datalink, supporting an operational radius of 150 km.

Orbiter 4 Slightly larger and almost twice heavier, Orbiter 4 uses a compact internal combustion engine to support 24-hour missions, flying up to 18,000 ft above ground. It has a much larger payload capacity, carrying 12 kg, compared to 5 kilograms of its electrically powered sibling. Both can carry multiple payloads, while Orbiter 4 can operate both payloads simultaneously, the T-STAMP-XR EO/IR in front and another load tucked in a fuselage bay. This can be a maritime search or synthetic aperture radar, electronic surveillance, or cellular interception payload.

With advanced image processing capabilities, automatic takeoff and recovery, and the ability to navigate with and without GPS and data link, Orbiter 4 delivers the capabilities of larger tactical platforms at a much smaller cost. Airstrip independent and operated by three personnel Orbiter 4 carries a small logistical footprint.

While all Orbiters can operate from the deck of naval vessels, including small boats with limited deck space, it is the Orbiter 4 that excels in this mission, for its versatile multi-payload capability of up to 12 kg and prolonged endurance of more than 24 hours, with an operational radius of 150 km. With its ease-of-use, low logistical footprint, and a small crew of 3 personnel, this runway-free aircraft suits all operational needs on land and at sea. Due to its open architecture and lean infrastructure demand, the Orbiter 4 can be specially adjusted for operation on any naval vessel, including small patrol boats.

The primary payload for this platform is Controp’s advanced STAMP-XR electro-optic payload. The T-STAMP-XR payload provides UAVs and aircraft with the image quality of large UAV payloads all in one miniature camera system. A secondary payload may be a Synthetic Aperture Radar (SAR). Among the different payloads area maritime patrol radar (MPR) and cellular interception modules, supporting naval surveillance, search and rescue operations over the land and sea, and satellite communications terminal. The cellular interception sensor allows Orbiter 4 to conduct ISR missions over different theaters exploiting the communication activity of the targets.

Among the maritime missions assumed by the Orbiter 4 are Deep-sea and coastal surveillance, Exclusive Economic Zone (EEZ), and Offshore facilities security. Other naval tasks support littoral and brown water operations, including ship self-defense, target acquisition for precision-guided weapons, gunfire direction, and BDA, similar to its role over land.

When multirotor drones are becoming a common ISR provider at the lowest tactical unit level, military forces require different means to obtain ISR at a long range. These warfighters must be able to see tens of kilometers away, acquiring targets and threats within reach of current and future weapon systems. Operating reliably and sustainably at these ranges, the Orbiter family of STUAS offers extended mission range and endurance, high dash speed, quickly reaching the area of operation, and mission endurance of many hours o a mission. A high level of autonomy, sophisticated communications, and datalinks are required to overcome interference and line-of-sight obstructions to ensure uninterrupted intelligence transfer to the user.