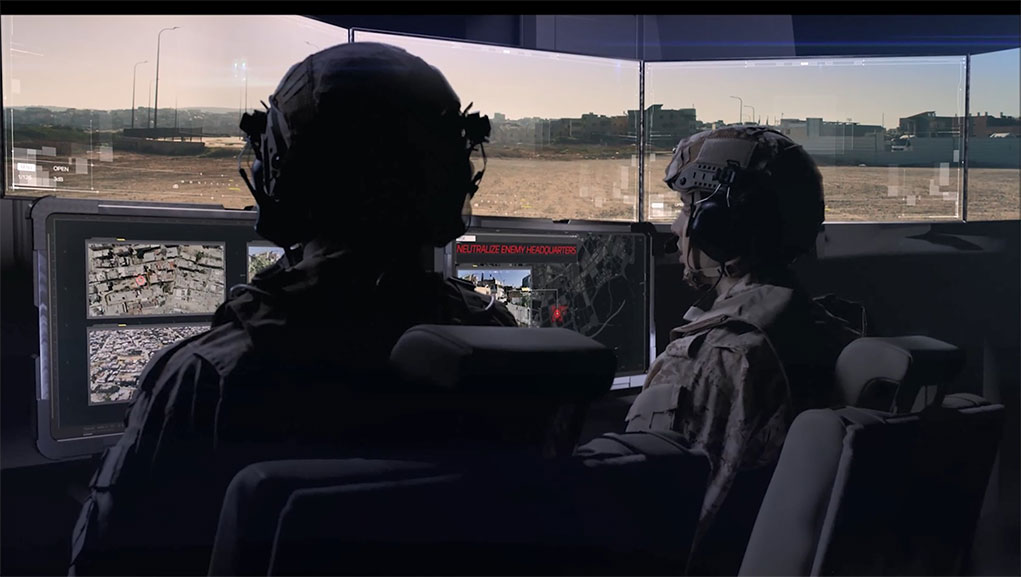 As technological innovations leap forward, so too do the threats that combat teams must contend with. In response, modern armies have begun utilizing the latest technologies, including automation, robotics, and Artificial Intelligence (AI) to augment warfighters’ capabilities and facilitate the continual improvement of combat system effectiveness to defeat current and future challenges.

In support of this effort, the Israeli Ministry of Defense (IMoD) R&D Directorate initiated the Carmel Project with the purpose of challenging local defense companies to demonstrate their concepts for the integration of automation and robotics into a combat vehicle. Israel Aerospace Industries (IAI) has leveraged its rich technological heritage and culture of innovation to develop the Carmel Demonstrator, which advanced new solutions that redefine the capabilities and concepts for the Future Ground Combat Vehicle (FGCV).

With its proven track record in the design, development, and integration of a broad range of advanced sensors and systems, IAI’s ELTA Systems Group has initiated a new FGCV concept that transforms today’s human-centric weapon systems by leveraging sensor fusion, vehicle autonomy, and artificial intelligence to deliver autonomous mobility, situational awareness, and lethality. The FGCV enables the performance of complex tasks with little or no human involvement, which in turn empowers the human crew to do much more with the available resources.

The FGCV transforms combat vehicles with advanced sensors and automated controls embedded in a ‘man-machine interface,’ much like that of a fighter jet’s cockpit, demonstrating the feasibility of two soldiers conducting complex combat operations under closed hatches. The concept successfully integrated technical capabilities that serve to enhance the mission efficiency of the IDF’s maneuvering forces. The demonstrated Carmel platform is based on the company’s family of autonomous core systems and robotic vehicles.

Specifically, the core was the Athena AI-driven autonomous mission computer. The solution also employed the tried and tested Autonomous Maneuverability and Navigation Kit, a platform-agnostic system that supports various levels of autonomy and installs on small to large wheeled and tracked vehicles, preserving the dual-use as a manned/unmanned platform.

The solution incorporates safety features that enable the autonomous vehicle to operate among conventional maneuvering forces. To date, the system has been integrated into numerous robotic and optionally manned vehicles. Among the capabilities demonstrated were real-time route planning and autonomous driving, enabling the FGCV to respond to the planned route, terrain, and threat – just as the manned crew would do. This function frees crew members to focus on understanding the situational awareness picture and manage the weapons, leaving mobility and driving to the machine.

Autonomy of other automated tasks aided the crew and reduced workload under combat conditions. The system employed multi-task radars and fire source locators to provide early warning from anti-tank threats and enable the vehicle to escape harm. These sensors also facilitated the detection and tracking of drones, vehicles, and humans, and performed Blue Force Tracking (BFT). Additional demonstrated capabilities include the deployment of a drone and LOS and NLOS fire systems.

All of this empowers a small number of human operators to control multiple robots and drones, enabling them to undertake missions usually performed by much larger conventional forces and to perform several missions simultaneously.

The FGCV demonstrates IAI/ELTA’s ability to deliver innovative tools that provide a new level of flexibility, resilience, and survivability to field units, improving the maneuverability, situational awareness, and lethality of each element and the entire formation as a whole. It also confirms the company’s ability to contribute proven capabilities and technologies for the benefit of the important Next Generation Fight Vehicle (NGFV) Program.