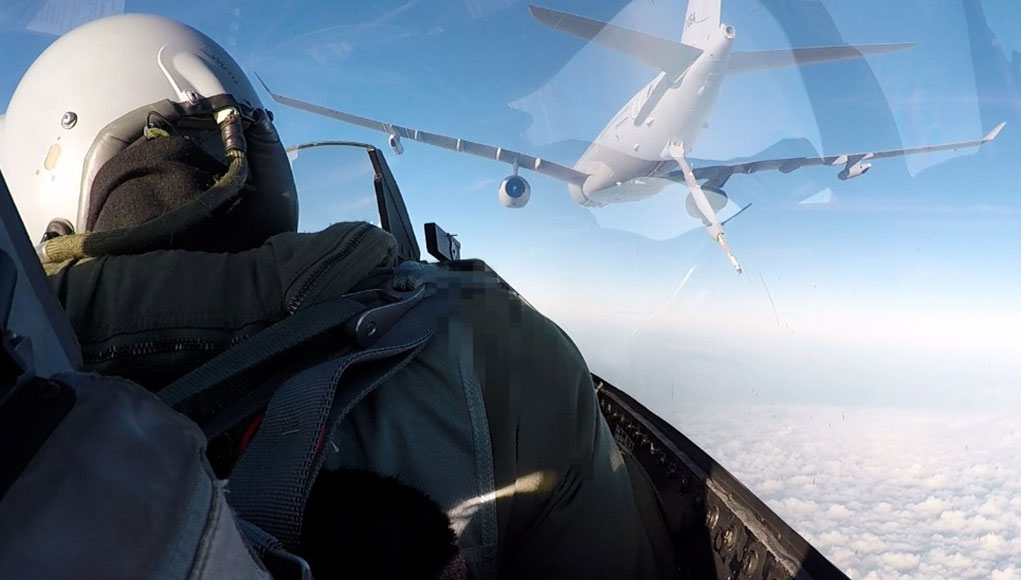 Elbit Systems has received an order from the UAE to supply J-MUSIC Directed Infrared Countermeasure (DIRCM) systems to protect the country’s Airbus A330 Multi Role Tanker Transport (MRTT) fleet. The UAE acquired three such aircraft from Airbus in 2013 and has recently ordered an additional two to be delivered in 2024. As part of the deal with Airbus, the existing aircraft will also be upgraded to the same configuration as the new MRTTs. The order announced by Elbit Systems is likely a part of this plan.

J-MUSIC is Part of Elbit Systems’ aircraft self-protection capabilities. The system comprises missile warning sensors and a directional laser-emitter that point to the incoming threats and transmits powerful optical signals that disrupt the missile seekers, thus deflecting them from the protected aircraft. The system operates automatically and autonomously – no crew involvement is needed during an engagement.

The dual-band laser generating the countermeasures is placed in a hyper-hemispherical dome for maximum coverage. Each band is independently programmable, and the entire system is open to accept user-defined jamming codes to address user-specific requirements and threats. The missile warning system can also operate with other countermeasures against radar-guided missiles. The open architecture solution can also integrate other Missile Warning Systems (MWS) to meet customer requirements.

Elbit Systems DIRCM and Electronic Warfare (EW) self-protection systems have accumulated more than 350,000 operational flight hours to date and are installed onboard more than 25 types of aircraft.

Based on an open architecture design J-MUSIC supports a broad range of aircraft types, in both single and multi-turret configurations, including Germany’s A400 aircraft and CH-53 helicopters, NATO’s MRTT A330 fleet, Portugal’s KC390 aircraft, all of Israel’s commercial aircraft airliners’ fleets and Heads of State and VIP customers.

The integration on the A330 MRTT was done by Elbit Systems, Airbus and NATO’s joint procurement organization (OCCAR), and NATO Support Agency (NSPA) as part of the fielding of the aircraft with NATO’s Multinational tanker Fleet (MMF). During these flight tests, the J-Music DIRCM system demonstrated flawless functionality. It showed the ability to defeat multiple threat types simulated at the A330 MRTT aircraft while conducting a series of flight maneuvers. The integration flight tests also established that the J-Music DIRCM system could handle simultaneous threat scenarios and overcome head-on, tail-on, and side-on threats, from several ranges and different altitudes. The MMF is expected to announce initial operational capability this month and reach its total capacity of nine aircraft by 2024, supporting 1,200 flight hours per year. The aircraft carries 111 tons of fuel and can deliver a maximum flow rate of 2,200 liters per minute with boom, hose, and drogue mechanisms supporting all NATO aircraft, including F-16, F-35, C-17, Typhoon, Gripen, and Tornado.

The MRTT has gained much appreciation among users worldwide, 49 aircraft have already been delivered and 19 are on order. The aircraft is operated by the Air Forces of Australia, Singapore, South Korea, Saudi Arabia, UAE, and France. In the UK, 14 aircraft are leased by Air Tanker Services, serving the training and operational activity of the Royal Air Force. Spain has ordered three and Egypt has requested to buy two planes recently. India and the USA are also potential customers.