After seven years of a simmering conflict, Russia and Ukrainian could reach a showdown if Russia invades Ukraine to take over the country that was part of Great Russia’s area of influence for centuries. The two armies are similar in doctrine and hardware and are familiar with each other. Compared to Ukraine, the Russian military is five times larger and is better equipped, following the modernization of the ground forces and upgrading of aging equipment. On the other side, the Ukrainian Army has been experienced in combat, facing irregular troops backed by the Russians since 2014.

One of the challenges for Ukraine will be facing Russian armor. Ukraine has dealt with irregular militia forces assisted by Russian support in artillery, rockets, electronic warfare, and cyberattacks until the current Russian intervention. The pro-Russian militias were inferior to the Ukrainian military.

A conflict erupting in 2022 is likely to involve the direct intervention of Russian mechanized regiments stationed in Belarus and East Ukraine, which are superior to the Ukraine forces. The outcome would be determined by Ukraine’s ability to endure a prolonged conflict. A strong Ukraine stands with the resolve of its new friends in the West, should assist Kyiv in facing the Russian onslaught.

On paper, Russia maintains the world’s most significant armored and mechanized force, built during the Cold War days to face NATO. Russian tanks were best protected at the frontal arc but vulnerable to attack from above or below in those days. That’s why NATO developed weapons that could fly over the tanks and strike in a ‘top attack’ manner, penetrating the thin ceiling of the turret, with small shaped-charge warheads that pointed downward, or missiles launched on a high loft trajectory. By hitting the tank from above the turret, which is the most complex part of the tank, the tank can be decommissioned or destroyed. The Russians favored a different approach to dealing with their opponents – relying on laser-beam-riding weapons for their tank guns and anti-tank weaponry, relatively simple, low-cost weapons that overmatched the heavily armored tanks and countermeasures Western armies.

These capabilities reflect the technologies developed by the Russians in the 1980s. Since the collapse of the Soviet Union and Warsaw Pact and the eruption of conflicts in Chechnya and Georgia, the Russians changed and improved the protection of their armored forces, preparing tanks and AFVs to face their weapons better fight in complex and urban terrain. They introduced tank support vehicles (BMPT) and T-90S Main Battle Tanks (MBT) and upgraded many of their existing vehicles such as the T-72 (modernized into T-72B3), 2S25, and BMP-2.

All tanks received advanced passive and reactive armor suits that effectively counter high-explosive anti-tank (HEAT) threats such as the RPG-7, recoilless rifles, and tank rounds. With these modernized tanks, Russia and its former allies could face the improved anti-tank weaponry from East and West. Based on lessons from recent conflicts in Syria, Libya, and the Caucasus, Russia adopted new and unique solutions to meet asymmetric anti-armor threats. These include top attacks from drones, improvised explosively formed projectiles (EFP), and loitering weapons.

Some of the tanks (T-90) are now equipped with active protection (soft kill) that can defeat 2nd Generation anti-tank guided missiles. Some tanks are equipped with special, bulky add-on armor protecting the sides of the hull. Some of those assets are designed to face both RPGs and laser-beam-riding munitions using direct attack, and the latest Western laser-guided anti-tank weapons and missiles using top attack. The Russian army has not ignored the combat lessons gained in recent Syria, Libya, and the Caucasus. It is moving to protect its tanks from top attack from missiles, loitering weapons, and drones. Among the countermeasures they are using are upward-firing canisters spreading aerosol that mask the tank from the view of the enemy’s seekers, thus having the potential to reduce vulnerability to top-attack. Other protective measures include bar armor structures protecting the turret from top attack.

Following the collapse of the Warsaw Pact, the Eastern European countries that joined NATO adopted the alliance strategy of facing armored forces with masses of anti-tank missiles that engage tanks by employing top attack. Such weapons included the NLAW missile designed by Saab and produced by Thales UK, used for short-range engagements (600 – 1000 m). The US company Javelin LLC created the Javelin man-portable weapon system was created by the US company Javelin LLC. to engage tanks from up to 4,500m. The Spike missile designed by Israel’s Rafael and produced by EuroSpike also employs top-attack capability and is used primarily as a vehicle-mounted weapon. It can strike tanks from distances of 4 to 10 km.

Top attack technologies were not available to Ukraine in the past. Ukraine’s defense industries have developed and deployed indigenous versions of Russian laser-guided weapons as a Russian-oriented army and military industry. The Ukraine versions are known as the Corsar, Barier, and Skif. These missiles are equipped with tandem HEAT warheads that can defeat armored vehicles protected by reactive armor or thermobaric warheads, used against light vehicles and fortified structures.

Corsar, the smaller, man-portable missile, reaches up to 2,500 m. and can penetrate 550 Rolled Homogeneous Steel armor (RHA). The larger Barier is three times faster than the Corsar, striking targets at 7,500 m while it takes the Corsar to travel the 2,500 m’ range. With a tandem warhead, Barier penetrates up to 800 mm of RHA. The largest missile is Skif, capable of engaging targets at ranges 100-5,500 m in daylight and up to 3,000 m at night. Equipped with a tandem warhead, they are capable of penetrating reactive armor. This missile is slower than Barier, but it defeats heavily armored targets protected by 1,100 mm of RHA with a larger warhead.

Ukraine requested new weapons from its new friends in the West to challenge the Russian armor – lightweight, man-portable weapons using a top attack that dismounted forces could deploy in large numbers with minimal logistical footprint. Their pledge was answered with shipments of hundreds of Javelin and NLAW missiles that improve Ukraine’s capability to deal with Russian armored formations in urban and complex terrain, particularly in the low visibility conditions characteristic of the winter season. Ukraine tested the missiles against T-72s equipped with makeshift bar armor upon receiving the first batch of Javelins. Reportedly, the missile was able to defeat the target.

Man-portable anti-tank weapons will likely improve the Ukrainian capability to face the Russian armor, but they will also need other defenses against rocket and missile attacks. These technologies will be covered in a follow-on article. 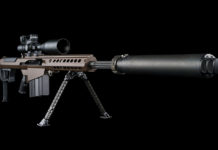 US Approves Weapon Supply to Ukraine