The MSPO 2022 defense expo in Kielce, Poland, provided a view into the significant modernization and transformation the Polish Army is going through. Positioned at the eastern edge of NATO, Poland, and the Baltic states could be facing the brunt of a Russian onslaught if hostilities would spill beyond Ukraine. That’s why the country is beefing up its military, modernizing its armed forces, and replenishing hardware handed over to Ukraine with new equipment.

Unmanned aerial vehicles (UAV) are high on the agenda of most armies, with armed drones brought to the center stage. Reflecting on some of the recent combat successes and failures, counter-UAS (both soft and hard kill) and loitering weapons were presented, offering alternatives and countermeasures against armed drones.

Air defenses for mobile forces are a capability gap identified in the recent hostilities in Ukraine and Caucasus. At MSPO, Poland has shown the Pilica, a very short-range air defense (VSHORAD) using a twin 23 mm automatic cannon and Grom or Pirun missiles mounted on a light truck. The locally developed Pirun was delivered to Ukraine and has proven effective in combat against helicopters and fixed-wing aircraft, including UAVs. For wide-area air defense Poland will use the Raytheon MIM-104 Patriot (long/medium range/altitude) and MBDA CAMM as transportable, medium-short range air defense.

Artillery is also receiving its share of interest, primarily in securing the ammunition supply chain, range extension, and introduction of long-range effects using extended-range projectiles, rockets, missiles, and loitering weapons. The Polish military pursues such measures for current and future procurement programs replacing legacy Soviet-era artillery and multiple rocket artillery systems with South Korean K9 SPGs and HIMARS multiple rocket launchers. In recent years the K9 has become the most popular SPG in the west, serving Norway, Turkey, Estonia, and Poland. More prospects are promising – the first shipments of K9s have already been delivered to India; the system is currently being considered for replacing the SA-90 SPG in the British Army. In future versions of the K9, the South Korean manufacturer plans to introduce longer guns, up to 58 calibers.

The artillery is also transformed with the introduction of precision fire capability. At MSPO, several companies displayed guided projectiles, rockets, and missiles. Hanwa has displayed the CHUNMOO – a truck-mounted rocket launcher that carries twice the rocket load of the American HIMARS. CHUNMOO can launch 12x239mm GMLRS class rockets or deploy two ATACMS-class guided missiles, each with a diameter of 607mm, enabling the rocket artillery systems to launch tactical ballistic missiles, engaging targets at a long range with high precision. The Turkish Roketsan company has displayed guided rockets designed for 122, 230 mm rockets, and the Ukraine company Luch displayed the Vilkha, a modification of the R624M rocket equipped with pyrotechnic thrusters to compensate for the rocket trajectory and achieve higher precision fire with BM30 (Smerch) MRLs. This capability enables a single BM-30 to engage eight different targets in a single salvo.

A recent success of a Korean program in Poland was the selection of the K2 main battle tank to equip the Polish armored forces. Poland is rapidly replacing its T72s with advanced tanks. The Koreans responded quickly and committed to delivering 180 K2 tanks by 2024. Up to 1000 tanks are being procured. These include K2 tanks currently produced by Hyundai-Rotem for the Korean Army. Follow on orders of 820 improved versions (K2PL) tanks of this type will follow beginning in 2026 as the Polish industries ramp up production of this tank. Other tanks being procured by Poland include 146 Leopard 2, locally modernized to the 2PL standard by 2026, and 250 American Abrams M-1A1/A2-SEPV3 MBTs which will also be delivered by 2026. These tanks will be augmented by recovery tanks, bridge layers, and breaching vehicles. Mechanized infantry units will also receive a new armored vehicle – Borsuk, designed and built in Poland. Rosomak, the locally-built version of the Finnish AMV, is also accepting further modifications, including a 30mm turret and 120 mm mortar. The new Waran 4×4 vehicle was selected to be equipped as a tank destroyer using four British Brimstone missiles. 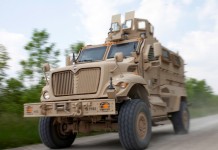 UAE is ready to take thousands of used MRAP vehicles 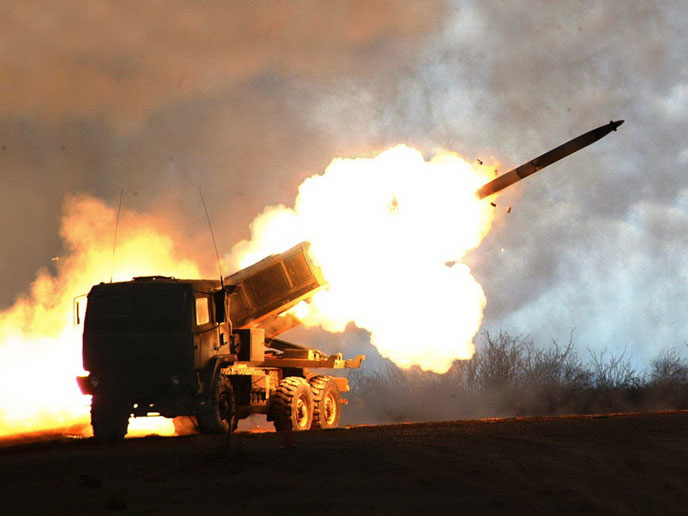