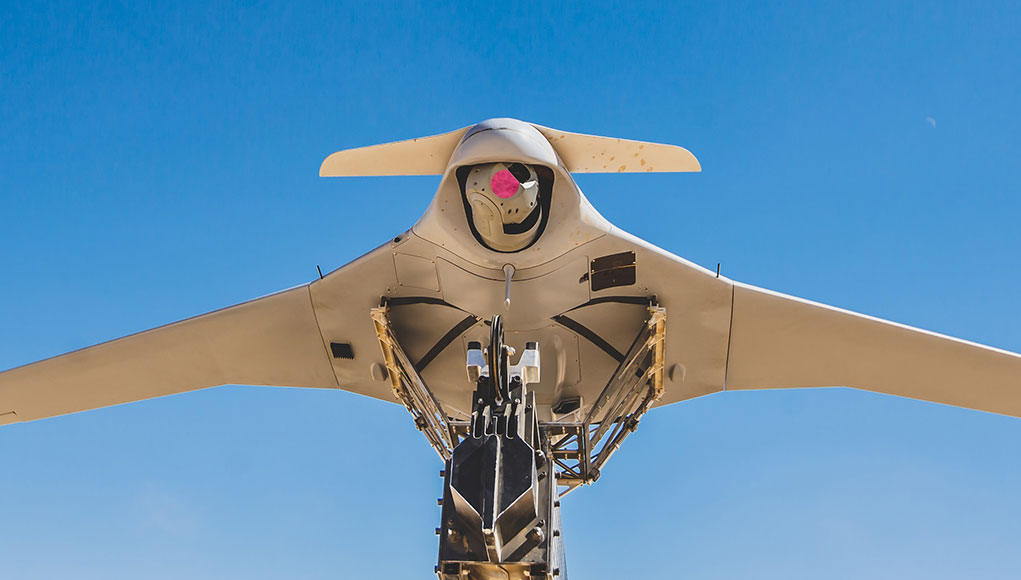 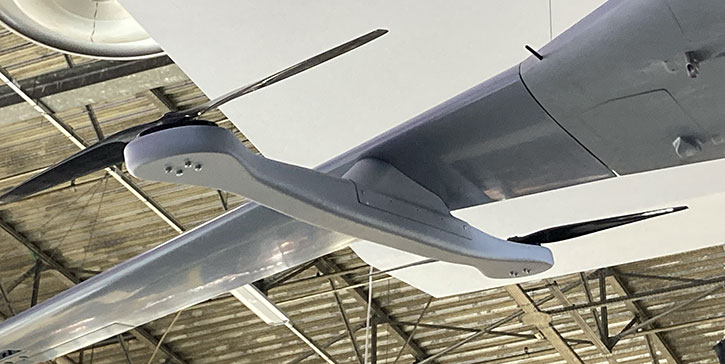 Subscribe to read more about the ‘Storm Clouds’ program.

Another new capability unveiled by Aeronautics at the Eurosatory 2022 exhibition is the Trojan Unmanned Hover Plane (UHP), a VTOL aerial system that bridges the gap between hovering, utilizing rotary wing and high-efficiency, high-speed flight, using fixed-wing aerodynamic design. With a wingspan of 4.2 m’, and a gross takeoff weight of 45 Kg, Trojan can carry multiple payloads of up to 12 kg. The UHP uses both, enabling this flying machine to introduce game-changing capabilities for battlespace dominance by providing Wide-Area-Persistent-Surveillance (WAPS) in versatile and dynamic environments.

Leveraging the ability to perform aerial missions with pinpoint accuracy at long ranges, Trojan enables new capabilities in aerial reconnaissance, surveillance, and target pursuit over wide areas and long ranges. With battery power sustaining 2.5 hours of flight time and 150 km. With a low acoustic signature, Trojan uses terrain following to penetrate deep into the enemy area covertly, day, or night, to autonomously land, perch, and stare over an area of interest. Using the built-in solar array embedded in the wing, it recharges its batteries in daylight. The platform uses several communications links, using encrypted datalinks over Line of Sight (LOS) using Beyond Line of Sight (BLOS) or cellular (LTE) connectivity.

Designed with an open architecture, Trojan can accommodate multiple sensors similar in weight and size to those operated by Orbiter 4. Integral sensors and powerful image processing perform terrain following flight, AI-driven image analysis and targeting, hemispheric situational awareness (for self-defense while in perch position), 3D mapping to support autonomous landing, and automatic takeoff. The Trojan is controlled by a single operator from a remote base station that performs mission planning, monitoring, and payload control. The UHP can operate autonomously throughout the mission, and each unit can network with three additional platforms to operate as a swarm.

IAF 144th Squadron was established in 1972 as a fighter squadron flying the IAI Nesher fighter aircraft, a version of the Israeli-produced Dassault Mirage 5. The squadron participated in the 1973 Yom Kippur War. In 1977 the squadron received the first IAI Kfir fighter planes, and in 1981 moved to the new airbase in Ovda. The squadron later moved to Hatzor, where it operated the F-16s. In 2005 the squadron was deactivated and was reactivated on 1st August as the first Spark UAS squadron.