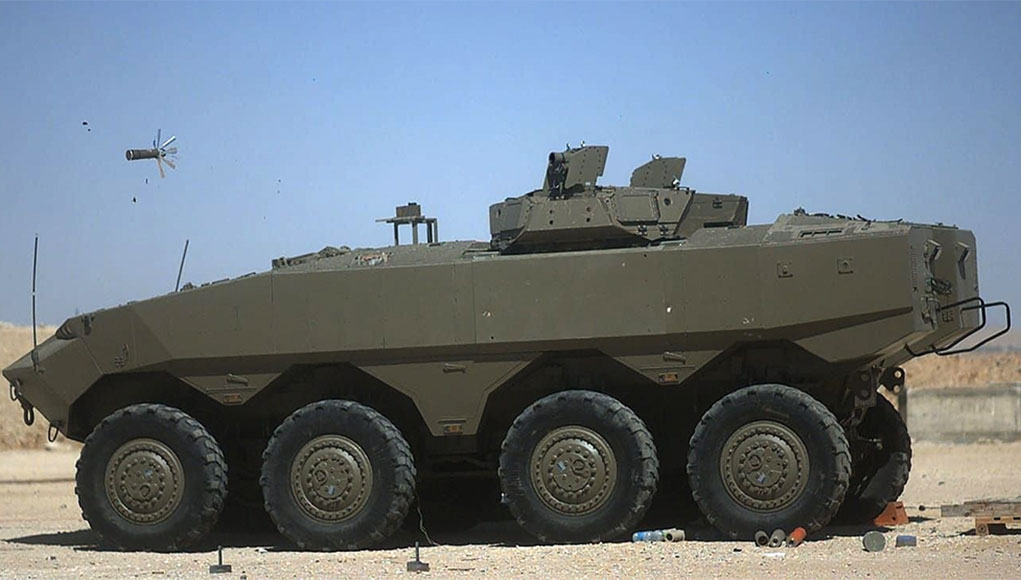 According to Yehuda (Udi) Vered, General Manager of Elbit Systems Land, the Iron Fist Active Protection System is unique, being a lightweight system that can be installed on a variety of fighting vehicles, including APCs.

The tests were performed by the Ministry of Defense Tank and APC Directorate, Iron First developer and manufacturer, Elbit Systems Land Division, and the the IDF Ground Forces Command. The Iron Fist version used on the Eitan and D9 is a lighter version of the system, optimized for lighter armored vehicles.

Subscribe to get more insightsThe APS system developed by Elbit Systems is an advanced active protection system that provides 360-degree coverage against multi-range threats in open and urban environments. In addition to its defensive capabilities, the system provides APC teams with situational awareness as it indicates the appearance and locations of sources of fire that can put the protected vehicle or the operational unit at risk. This contribution is critical for rapid sensor-to-shooter engagement, in modern, multi-domain operations. Iron Fist employs an early warning electro-optic sensor and radar for target search, track, and distance measurement performed by the main processing unit. The system employs two rotatable launchers, launching interceptors against threats that are considered a direct and imminent threat to the protected vehicle. In the recent tests these effectors demonstrated the neutralization of different threats at a safe distance from the protected APC.

According to Head of the Defense Tank and APC Directorate in the Israel Ministry of Defense, Brigadier General Oren Giber, “The Tank and APC Directorate is currently completing its preparation for the delivery of the self-developed Eitan advanced 8×8 wheeled APC to the IDF. The Iron Fist system is an important part of this project. It is currently in advanced stages of development and deployment to the ‘Eitan’ APC and the bulldozer, undergoing rigorous trials to ensure its suitability for the battlefield. The Iron Fist will substantially improve the protection of the Eitan APC and enhance the vehicle’s maneuverability in combat while protecting combat soldiers.”

APS are currently considered an important capability for new and modernized combat vehicles. The most mature is the Trophy APS from Rafael, equipping the Israeli Merkava Main Battle Tank (MBT) and Namer APC of the Israeli Army, M-1A2 SEPV2 in the US Army, the german Leopard 2 and British Challenger MK 3. The system is proposed by the German tank manufacturer KMW, the German part of the Franco-German AFV manufacturer KNDS, as a standard protection for the Leopard II tank. Trophy has also been included in the demonstrator for the future MBT proposed by the company unveiled at the recent Eurosatory 2022 defense expo. The Hungarian Army selected the StrikeShield APS from Rheinmetall, to protect its new KF41 Lynx Armored Infantry Fighting Vehicles. Other systems are currently in development in Turkey, and South Korea.

Iron Fist has been selected by several international users, including the Dutch Army for the CV9035, and the Australian Army for the successor of the M-113 APC, to be selected soon under the Land 400 Phase 3 program. The system has also been integrated into the next generation turret carrying the 50mm cannon considered by the US Army for its future Optionally Manned Fighting Vehicle (OMFV).