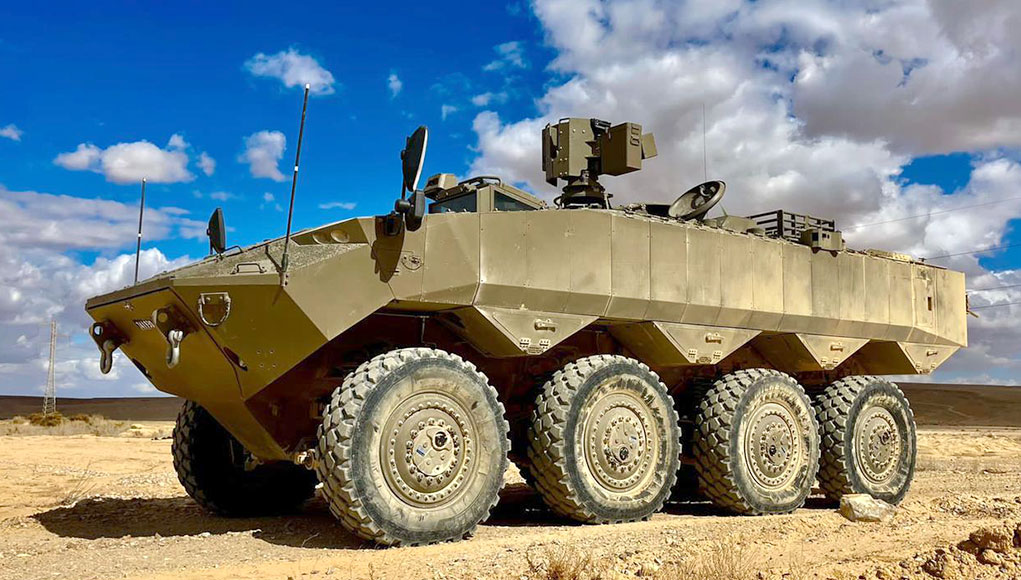 Israel’s Ministry of Defense has selected Oshkosh Defense to produce hundreds of hulls for the IDF’s new wheeled Armored Personnel Carriers (APC). The announcement follows a process led by the Ministry of Defense’s Procurement Mission in the US, in cooperation with the Tank and APC Directorate. The program is likely to produce 500 vehicles, with hundreds more deliveries expected in the future. Eitan will replace M113s in service with the IDF since the late 1960s.

This program will produce hundreds of hulls, Eitan APC hulls. The first batch will arrive in Israel in about a year and a half to be fitted with the unmanned turret and systems. The final assembly of the vehicles will be done in Israel. The first batch of Eitan APCs is being produced in Israel, with deliveries of the first operational APCs to the IDF’s “Nahal” Brigade expected before the year’s end.

The deal with Oshkosh is estimated to be over US$100 million, financed by US military aid program. “This agreement, like many others, is thanks to our ironclad alliance with our American partners.” Head of the IMoD Procurement Mission, Brig. Gen. (res.) Michel Ben Baruch said. According to the Head of the Tank and APC Directorate in the Israel Ministry of Defense, Brig. Gen. Oren Giber, “The contract […] allows us to expand the project’s production resources to provide advanced APCs to the IDF.” The agreement presents further opportunities for the IMOD and Israeli defense industries to export the ‘Eitan’ APC and its deployed systems.

Iron-Fist APS being tested on the Eitan