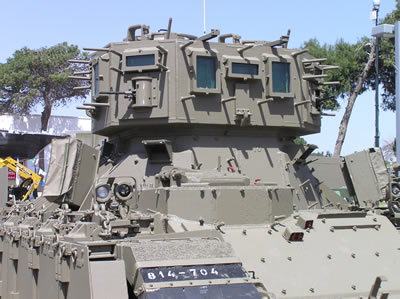 In order to reduce the exposure of its troops to attack by small arms, demolition charges and anti-tank weapons, the IDF is currently operating several types of armored vehicles, protected at different levels, designed to meet the perceived threat at each region.
The heaviest armored elements deployed in the current LIC combat are the Merkava Mk 3 tanks, heavy armored troop carriers and heavy engineering vehicles. The Merkava Mk 3 LIC was slightly modified to reflect some of the recent lessons learned during the armored employment in LIC.

The Southern command, responsible for operations at the Gaza strip, where sophisticated explosive charges and determined attacks against armored vehicles are frequently encountered, is operating heavy APCs based on the Centurion hull, mounting an elevated infantry fighting compartment, which enables soldiers to observe and effectively engage targets in built up terrain. The heavy APC was fielded at the beginning of the current conflict in 2000. The IDF is planning to introduce a new and upgraded version by 2005. 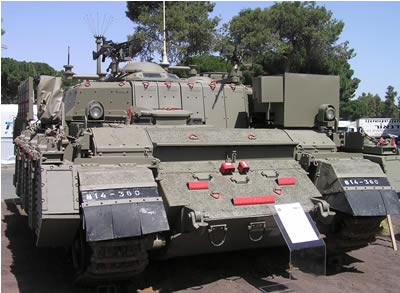 The Golani Brigade is using a different vehicle, the Achzarit Infantry Armored Fighting Vehicle (AIFV) which is based on a modified T-55 chassis.

Further additions to the IDF order of battle are the introduction of armored wheeled vehicles, these will probably be the new 8×8 Stryker APC currently being procured for the US Army but the IDF decision has yet to be made.

A different approach was implemented with the preparation of the M-113 APC to continue its role in low intensity conflict. The current vehicle is fitted with surrounding mesh armor and an elevated fighting compartment, installed on the top of the existing fighting compartment. Beginning in 2005, the improved M-113 APC  will be fitted with a new hybrid armor suite, new engine, improved steering mechanism and remotely controlled weapon system.

The protection of military forces is not limited to combat fighting vehicles, as troops operating in high risk areas must be protected continuously, including escort, transportation, logistics support and non combat activities. Current commander’s vehicles are based on the Soufa 4x 4 armored vehicles. By 2005 an improved commander’s vehicle, based on the Hummer, will be fielded, and augmented by improved Soufa. The IDF Hummer tactical vehicles are also fitted with enhanced protection, when compared to the standard set provided by the manufacturer. The IDF is currently buying protection suits from the USA, due to lack of local funding. These vehicles will be augmented in the near future by heavy armored cars, which are currently being evaluated Armored logistical vehicles, as well as protected patrol vehicles could also utilize the new Wolf platform, unveiled at LIC-2004 by RAFAEL. The IDF also evaluating a new high mobility vehicle – the Flyer Defense ITV-1 all terrain vehicle, which uses the same design as Light Strike vehicle used by the Army of Singapore. 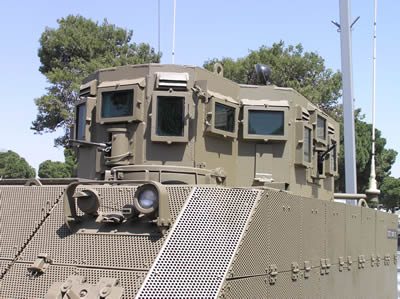