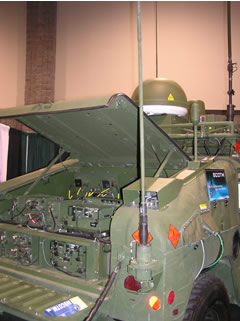 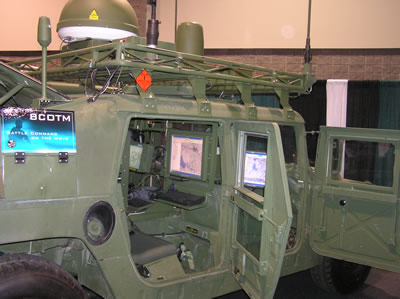 The vehicle is also equipped with a 64kb INMARSAT satellite link for satellite voice and limited data communication. Enhanced performance are is expected, with follow-on systems, offering up to 512kb on the move. Current broadband connectivity is maintained when the command elements stops for a brief halt, when the MBCOTM links with the Secure, Mobile, Antijam, Reliable Tactical Terminal (SMART-T) following the command team, is linking it through a MILSTAR Medium Data Rate satellite. The MBCOTM vehicles are currently tested by the Army. Initial fielding of command Humvees is expected for 2006, followed by Stryker CV and Bradleys in 2007 and 2008. 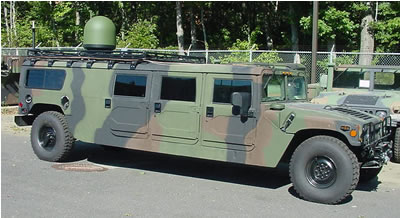