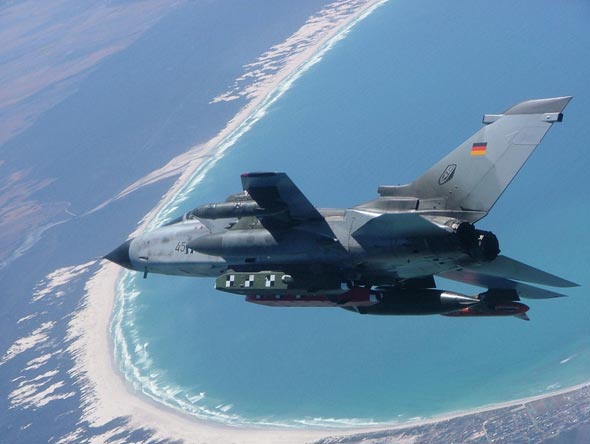 The Taurus KEPD 350 (Kinetic Energy Penetration Destroyer) weapon system is a cruise missile type weapon developed for the German Air Force Tornado IDS strike fighters; It can also be adapted for F/A-18, Grippen and Eurofighter Typhoon. KEPD-350 has a range beyond 100 km and is equipped with the Mephisto tandem penetration warhead which can effectively engage stationary fortified targets such as underground bunkers and shelters. Fusion of sensor data from three sensors provides reliable autonomous navigation. The sensors package include IBN (Image Based Navigation), TRN (Terrain Reference Navigation) and MIL-GPS (Global Positioning System) subsystems. The use of such fusion enables the Taurus KEPD 350 to navigate over long distances without GPS support. The planning and preparation of flight path and terminal targeting are supported by the mission planning system, and loaded into the weapon by the Ground Loader Unit. 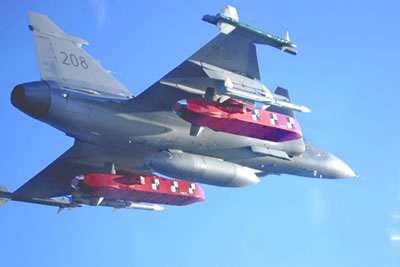 Taurus KEPD 350 has had an extremely short development time, which began in 1998 and has resulted in a precision stand-off weapon system with unique capabilities. The missile completed final testing in March 2004 and first production missiles from the 600 units procured for the German Air Force are scheduled for delivery by November 2004. The first missiles will be fielded with the the Tornado strike fighters, further production lots will be available for Eurofighter.
Taurus KEPD 350 officially entered the German Air Force service with the 33rd Strike Wing (flying Tornado IDS from Cochem air force base) on 21 December 2005, following an operational test and validation program. By 2005 year’s end, the 66th missile (out of a planned delivery of 600) was supplied. Spain has become the second country to order the Taurus.