Technest Holdings, Inc. is developing a real-time, multiple target tracking Moving Target Indicator (MTI) algorithm to be used in video surveillance systems deployed on with unmanned aerial systems. The system, called SmartMTI will be able to detect, extract and track the locations and movement history of multiple targets in real time within any image data.

SmartMTI uses a variety of mathematical models in a unique design that considers the ‘state’ of each object, implementing motion detection and target tracking methods to improve tracking reliability. TechNest launched the program after successfully testing the method in empirical Phase-I concept study, which demonstrated proof-of-concept design. On October 18 2006 the company announced US Army is funding the continued exploration and evaluation of the commercialization potential of SmartMTI algorithms with US$730,000, which will support the program through September 2008. 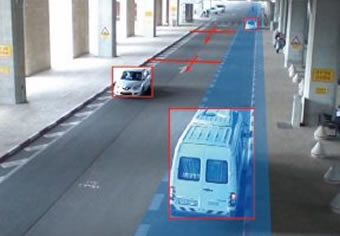 Land Based Applications for Digital Recorders