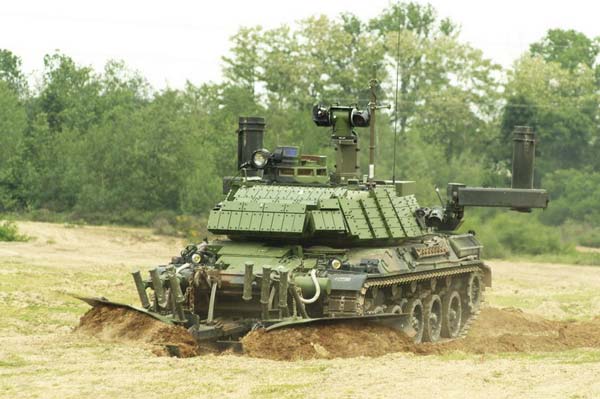 The assault mine clearing vehicles of the French Army are planned for operation as part of the future modular assault mine-clearing system, consisting of sections of three remotely operated AMX30B2DT vehicles, equipped with mine clearing systems, operated by remote control from a VAB armored personnel carrier. The system was qualified for production in 2005 after a series of field tests conducted by the DGA.