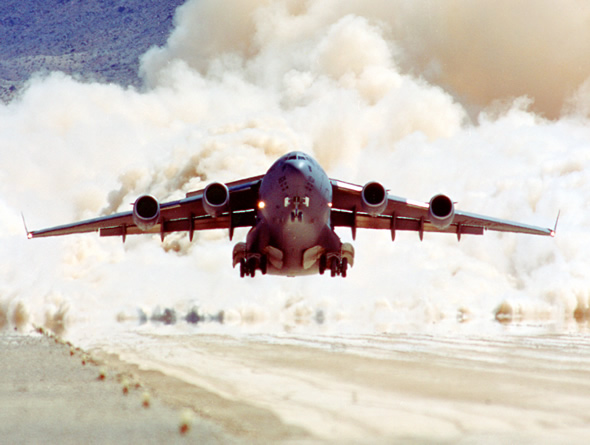 After receiving the last orders from the US, UK and Australia, due for delivery in the next few years, Boeing is preparing to shut down production by 2009. The company is pressing the U.S. Government to commit to continued C-17 procurement to sustain future production. As these commitments did not come, Boeing alerted its suppliers to stop working on uncommitted airplanes.

According to the company, Boeing kept the production line “live” for several years, anticipating further orders as it expected the U.S. Government to update its mobility requirements after 9/11 and the Afghanistan and Iraq wars. In this period Boeing did receive international orders and commitments for more than a dozen of the advanced air lifters, enough to support production through 2009. “The C-17 is one of the Defense Department’s most successful acquisition programs ever,” said Ron Marcotte, vice president and general manager of Boeing Global Mobility Systems. “No one questions its operational value. But we can’t continue carrying the program without additional orders from the U.S. Government.” The stop-work orders affect long-lead items from suppliers that, in many cases, are built 34 months before a C-17 is delivered. The decision will ultimately affect the 5,500 Boeing jobs in California, Missouri, Georgia, and Arizona, directly tied to the C-17, and the program’s nationwide supplier workforce that totals more than 25,000 people. Nearly 700 companies in 42 states provide parts and services that go into each C-17.

The US Air Force reduced its C-17 Globemaster III procurement from 222 to 180. Britain has four and will get an additional aircraft. Australia and Canada are buying four aircraft each. Three additional aircraft are planned for procurement to compensate for attrition, but these are not yet committed. The US Congress and Senate have allocated funding to buy 42 additional aircraft, bringing the total fleet to 222, as previously planned but the US. Air Force is not pursuing the acquisition. 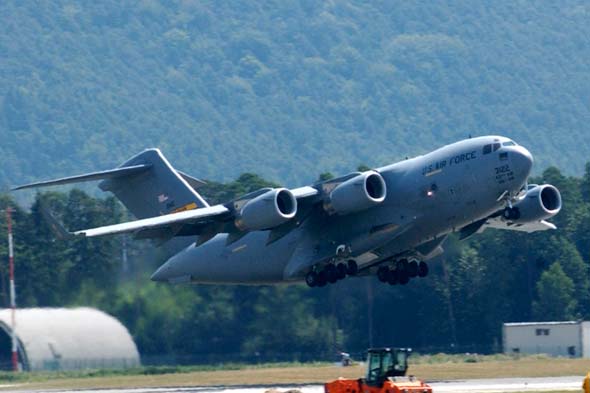 Following six months of negotiations, NATO released an official Letter of Intent (LOI) endorsed by 13 NATO Allies, to launch contract negotiations for the purchase of C-17 transport aircraft. NATO Maintenance and Supply Agency (NAMSA) has begun negotiations with Boeing. The SAC planes will be configured in the same way as the C-17s flown by the US Air Force and the UK Royal Air Force The air crews will be trained to the same basic standards, including air-to-air refueling and night vision operations.

NATO is planning to establish a “Strategic Airlift Capability (SAC)” based at Ramstein Air Force Base in Germany. The force will initially comprised of 3 to 4 C-17s, flown by multinational aircrews (pilots and loadmasters). Membership in the airlift fleet remains open to other nations, and some additional nations are considering joining. A multinational military structure will be created to command and control the aircraft. The first C-17 is scheduled to be delivered by the middle or end of 2007. Additional planes will be delivered every six months, reaching an initial operating capability by 3rd Quarter, 2007 and full operating capability in 2009. NATO is already operating the SALIS (Strategic Airlift Interim Solution) arrangement, utilizing chartered An-124 aircraft.