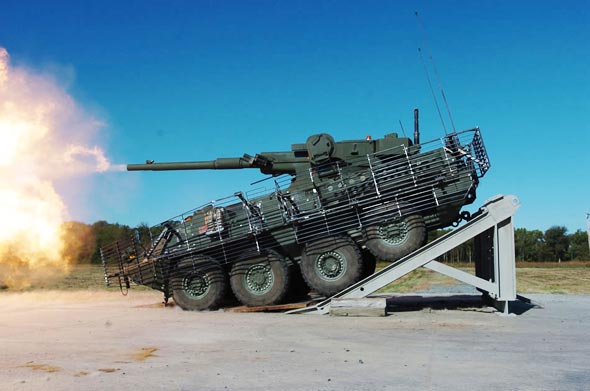 The 2nd Battalion, 23rd Infantry, received its complement of Mobile Gun System (MGS) vehicles in July. They are the first vehicles to be fielded in the Army. The MGS vehicles to equip the Stryker brigades. The 21 ton vehicle is otherwise similar to other Stryker armored fighting vehicles. There will be three MGS assigned to each infantry company.

The MGS uses a Stryker chassis fitted with a low profile turret that mounts a 105mm gun, 12.7mm Heavy machine gun and 7.62 light machine gun. controlled from inside the vehicle.

The gun is a modified version of the 105mm used on old M-60 and M-1 tanks. The new gun uses an autoloader, and carries 18  rounds of ammunition, including armor piercing discarding sabbot (APFSDS), using a depleted uranium penetrator that can take out most tanks), HEAT (anti-tank, using a shaped charge, like ATGMs and RPGs), HEP (a high explosive round that either blows a hole through thick walls, or causes concrete or metal to come—at high speed off the inside of the wall) and canister (like a shotgun shell). The most useful round in Iraq would be HEP and SABOT, for blasting buildings or bunkers the enemy is in. The vehicle carries 400 rounds for the 12.7mm machine-gun and 3,500 for the 7.62mm machine-gun. 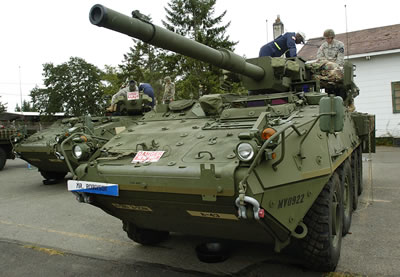