TEAC offers two basic versions of mission data recorders, the MDR-87 and MDR-80. These mission data recorders come with removable, expandable memory modules that are capable of storing up to 80 Gigabytes of digital video, monitoring data captured from the 1553 data-bus and system’s health status, and monitoring the engine and other critical mechanical systems on board. Vehicular data is processed by the Health & Usage Management System (HUMS). The MDR-80 records all data on removable memory modules, which interface directly to the Ground Debriefing System for debriefing and post mission analysis.


The MDR-87 has been designed as a form, fit and function replacement for the V-83 and V-1000 avionics tape recorders (AVTR). The MDR-87 uses solid state Removable Memory Modules (RMM), with a capacity of up to 80 GB, and supports simultaneous recording and playback of a single channel. It has six expansion slots to accommodate five additional video channels and a time-synchronized Air-Combat Maneuvering Instrumentation (ACMI) card.

The MDR-80 was recently selected to equip 240 Eurofighter Typhoon multi mission fighters, as well as over 60 of the new Spanish and French Tiger HAD attack helicopters. For the Eurofighter Typhoon, the solid state digital MDR-80 will be configured to record four critical video sources, each with over 90 minutes of high-resolution digital recording capacity, and the 1553 data bus. The HAD application will support simultaneous recording of three channels, with in-flight playback, plus one channel of recorded video. TEAC is providing the MDR-80 for the newly produced AH-64D as well as the upgraded AH-64A helicopters currently being equipped with the Arrowhead EO fire control system. The system is configured to record critical video sources, with over 180 minutes of high-resolution digital recording capacity. When combined with the new recorder, in-flight playback and in-cockpit image analysis will benefit from a video quality significantly superior, in resolution and lack of FLIR scanning effects, to previous Apache cockpit systems. 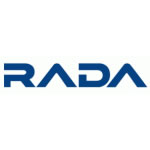