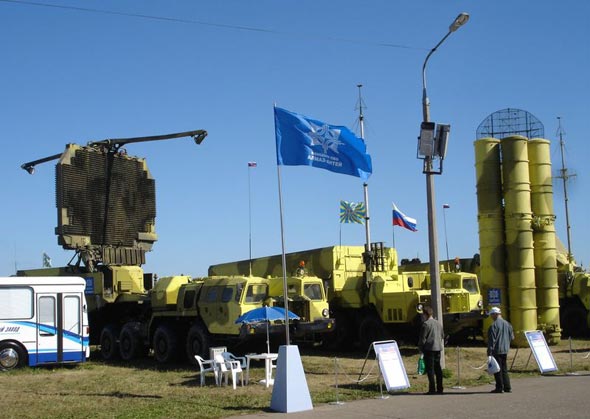 The Favorit Surface to Air Missile System, known by its NATO code name Gragoyle, is designed to protect fixed sites against missile and air attacks. The system uses wheeled transporters for mobility. The Favorit system uses the 48H6E2 interceptor missile (also used in the naval RIF-M system) updated with improved guidance algorithms, an improved warhead and enhanced ECCM capabilities. The system can also employ the 48H6E missile to increase its air-defensive capability (the same missile used in the S-300PMU1 SAM system). The system detects targets at ranges of up to 300 km and can handle up to 100 simultaneous tracks. Up to 36 interceptor missiles can engage targets simultaneously. Aircraft targets can be engaged between 3 and 200 km, and missiles can be intercepted at ranges of 5 – 40 km, and from 30 to 90,000 feet altitude.